One of the surprising pleasures of our trip to Australia was how incredible the food was.  Here are a couple of things we noticed:

The Aussies have incredibly high quality food, particularly produce.  Check this out: 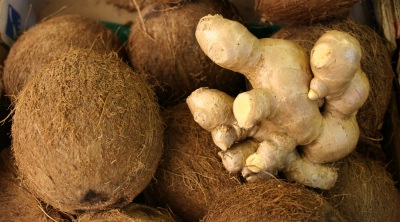 That’s fresh ginger and each piece at the grocery was the size of a coconut.  All the fresh produce looked great; the only place I’ve seen that’s comparable is Vancouver.

It turns out that Australians pride themselves in their ability to put beets and pumpkin into everything: 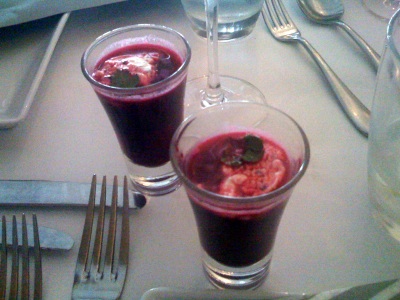 That’s a beet, feta and tuna shooter amuse bouche at Whitewater in Manly.  Beets and pumpkins battle for ubiquity.

I had pumpkin served as part of a pasta sauce, with Thai duck and even packed into a spinach, feta and pumpkin pie.  This isn’t however your traditional North American pumpkin: 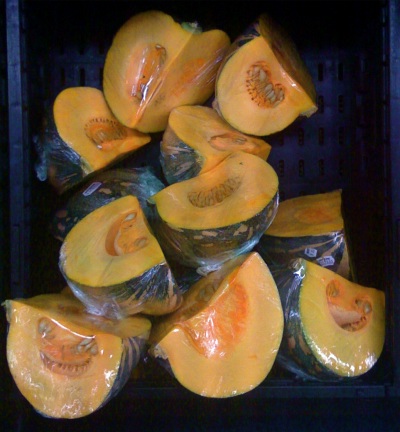 You can see that there’s a lot more meat, they’re smaller and the skin is green.  There are also many different types of pumpkin, although, frankly, they all taste like pumpkin to me…

Since Australia considers Asia to be it’s sphere of influence, it’s only appropriate that it has great pan-Asian cuisine.

At Mamak we found true Malaysian food, with an emphasis on satay and rotis – including the first authentic Murtabak (a roti filled with onions and meat; served with curry) I’ve had since I left Singapore: 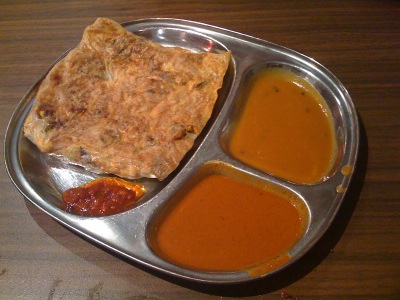 The other fun thing about Mamak is that as you wait you can watch them make rotis.  It’s like watching the equivalent of Asian pizza-making: 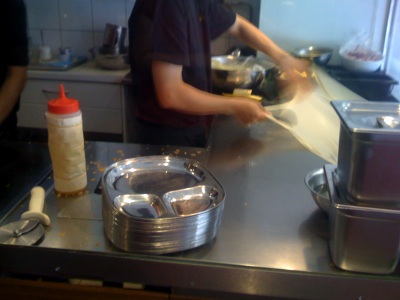 Mamak also gets bonus points for having Ayam Berempah (a dish where a breast of bone-in chicken is diced and cooked in whole spices like cardamon, cinammon, cloves, star anise, onions, chili and coriander) and teh tarik (sweet Malaysian tea). 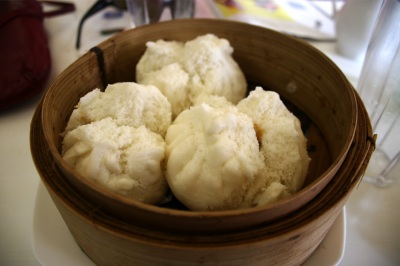 I was also super-excited as I found buns with pork floss for sale in Chinatown: 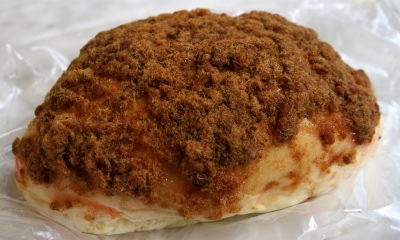 Much like the Murtabak, I haven’t had floss since I left Singapore.

Australians love their meat pies (probably that British influence).  One of the classic places in Sydney to get a meat pie is Harry’s Cafe de Wheels (it’s been making pies next to the Woolloomooloo pier since 1945):

I had their curry meat pie; hunks of beef mixed with curry sauce; quite spicy: 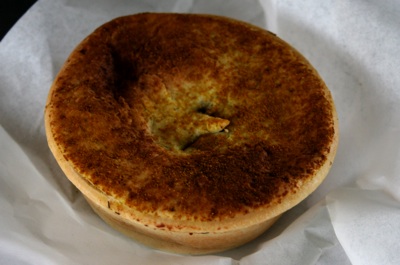 In Manly, the place for meat pies (and amazing cheese sticks) is Hamlets Coffee and Pies (apparently it used to be called “Shakespeares”; they’ve left a photo of the Bard on the wall, but changed the name) on the Corso: 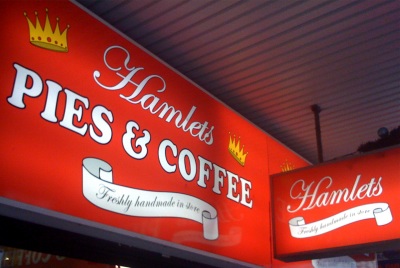 They’re home to a wide selection of unique pies: 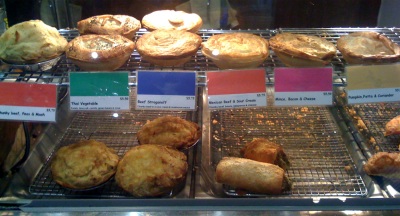 These include the above-mentioned pumpkin, feat and spinach plus delectable chicken satays and a mince/bacon/cheese combo.  There’s nothing healthy about these pies, but they taste great (especially after a day of hiking).

Australia is famous for its wine and the have developed a food culture paired around the wine.  If you go to wine country (we went to Mudgee) any restaurant can give you great recommendations on what wine to have with the meal.

We had lunch at The Wineglass and here’s the cheese plate that came with the wine: 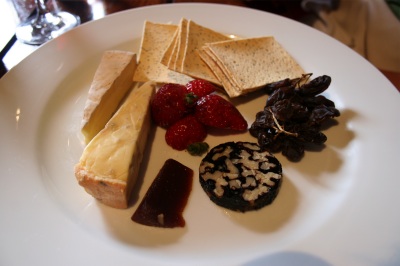