Things have been exceptionally busy recently between work and numerous visitors and this blog has suffered. So, in lieu of a proper post, here are some notes on recent things (plus some recent photos).

The two biggest buildings in my neighbourhood are the Molson brewery and the Lulu Lemon headquarters directly across the street from it. I learned the other day that the brewery has a bar on the top floor where you can grab a pint and look into the top floor of the Lulu Lemon building. There, instead of a bar, they’ve got a gym where all the women who work there exercise. 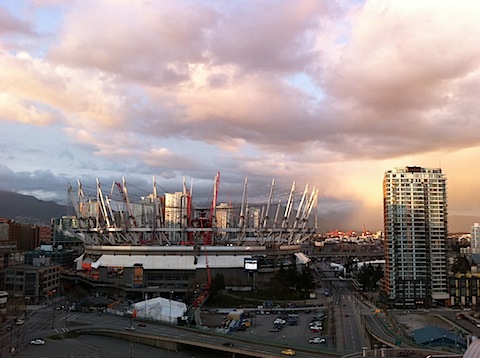 I learned that many Chinese (plus Koreans and Japanese, according to the Wikipedia) hate the number four as it literally sounds like death. This leads to interesting situations in Vancouver condos, like my friend’s in Yaletown that is 37 storeys tall yet lacks a 34th, 24th, 14th, 4th or 13th floor. Plus there are no “number 4” units on any floor. Let’s hope a lot of Italians don’t move here soon or we’re going to run out of numbers. 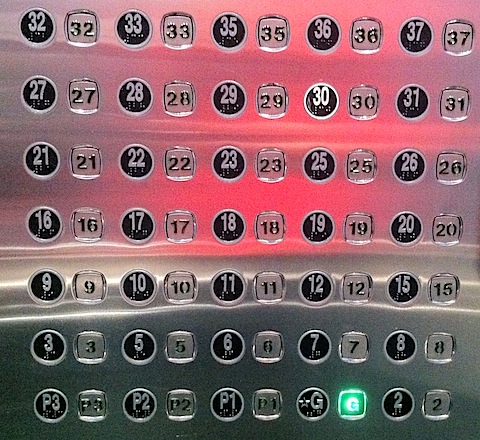 I’ve noticed a disturbing trend in Vancouver. A lot of property developers are turning empty lots into temporary parks until they can sell enough units to break ground. I can’t imagine a more cruel joke for the neighbours: you temporarily gain a park until it’s replaced by a 26 storey building of overpriced units. 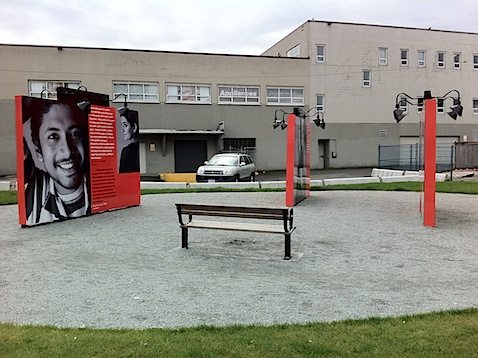 I continue to be impressed by Apple’s attention to detail. I was at Emily Carr and looking at their industrial design showcase where they have an Apple PowerCD (for non-fanboys, this was a CD player that was briefly sold in the early 90’s). Despite not being sold for over 15 years, if you type it into your iPhone, they’ll auto-correct it to the proper, brand-approved capitalization. 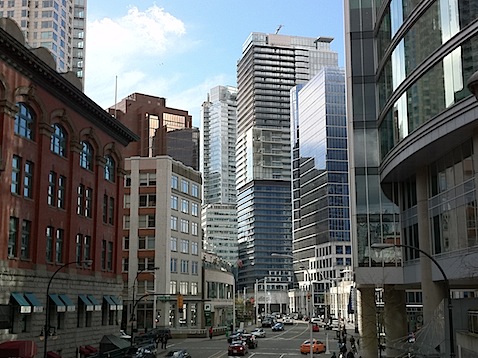 And speaking of Emily Carr, it’s that time of year when the grad’s show off their thesis projects. I’m blown away by the quality of the work and the focus on finding unique solutions to real design problems; the show compares really well with the ITP summer/winter shows that we used to go to in NYC. The following photos/movies do not do it justice: 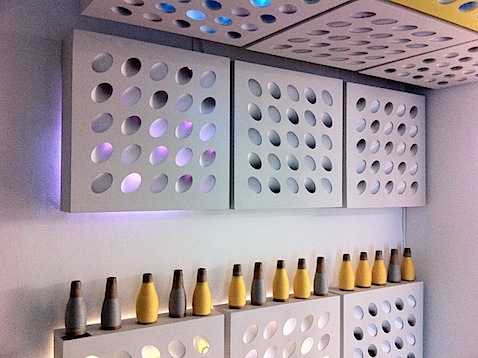 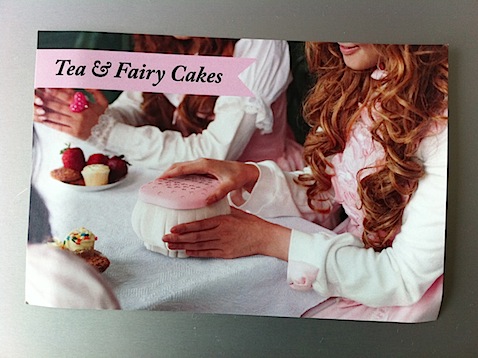 I particularly liked this exhibit where you could hold up coded cards to paint on a virtual canvas: