On the banks of the Fraser River, behind a massive distribution warehouse and just off the flight path to the airport lives a Vancouver summer tradition: the Richmond Night Market. It’s a medley of Asian traditional meets county fair where dim sum and hawker stands replace candy floss and ferris wheels. Wen and I had to go. 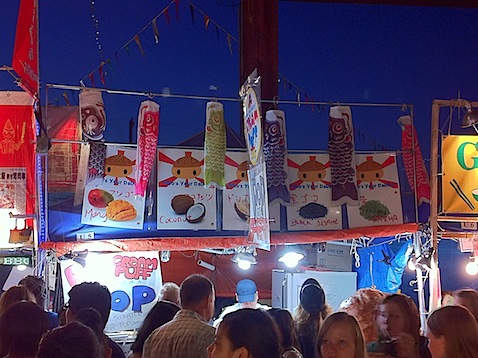 For us, the main feature was the food. We revelled in deep-fried fun. Taiwanese chicken: 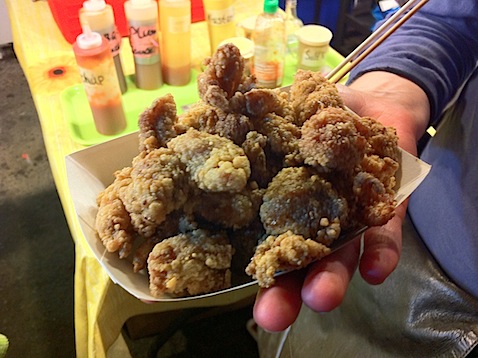 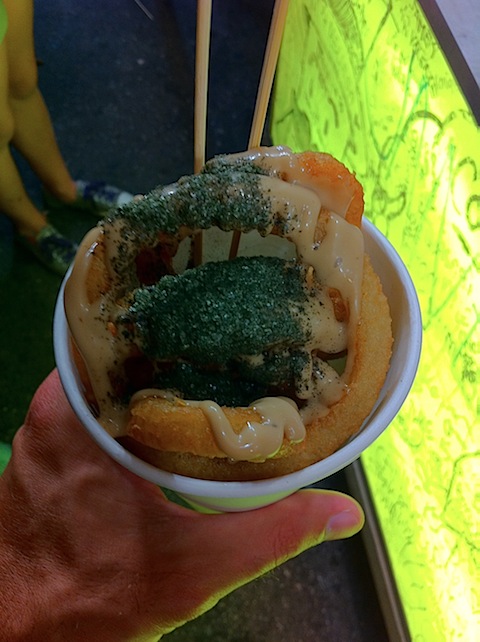 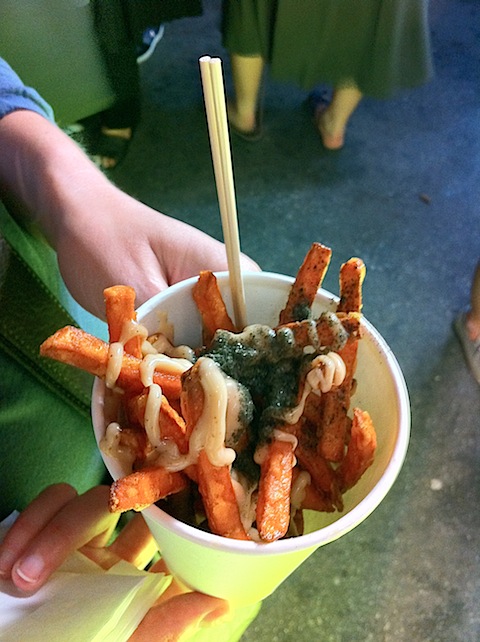 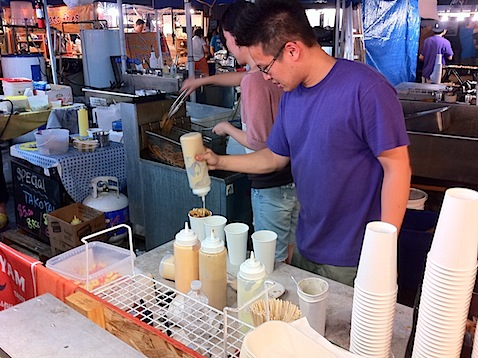 The skewers and cups were a nice touch.

But that wasn’t enough dough-crusted fun. From there it was on to octopus balls: 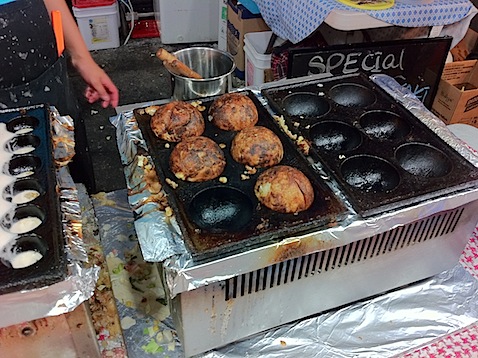 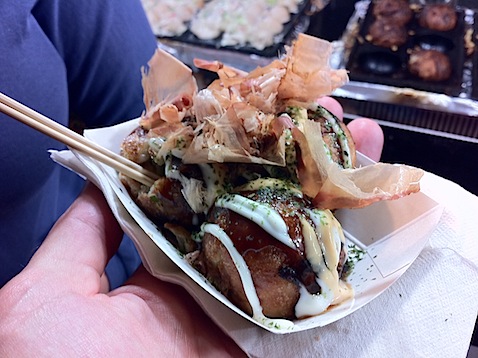 Here’s how they’re made, in case you’ve ever wondered how they make them round:

And then some battered frozen lychees for dessert. The difference between the frozen centers and fried shell is great: 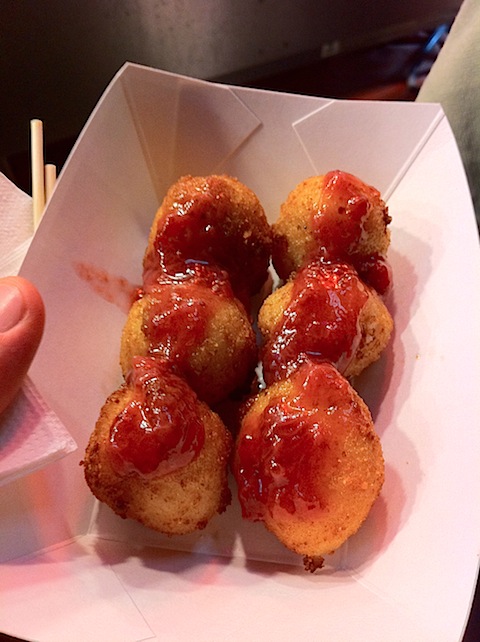 It wasn’t all deep-fried though, we also had roasted corn – although we removed any healthiness by slathering it in butter and then various cheese and salt toppings: 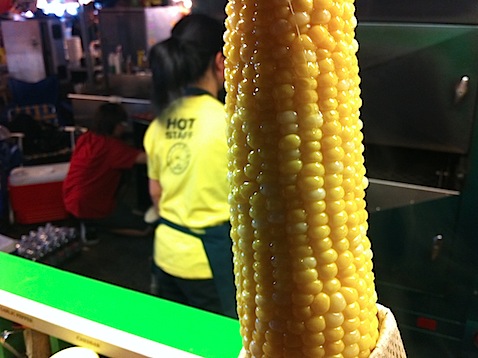 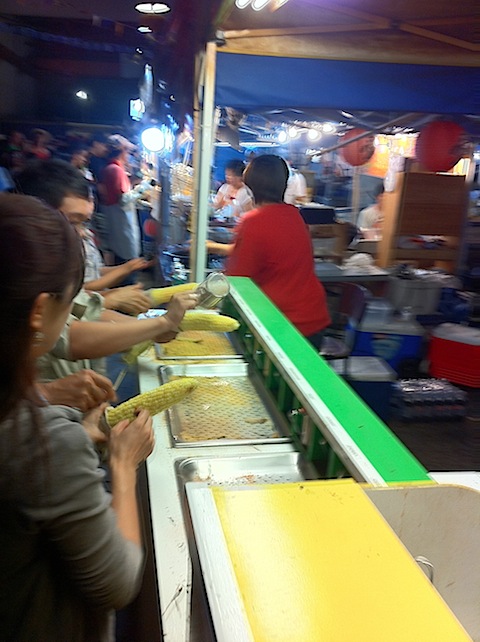 Wen also got some fresh-squeeze orange juice which came with this curious lid freshly stamped on it: 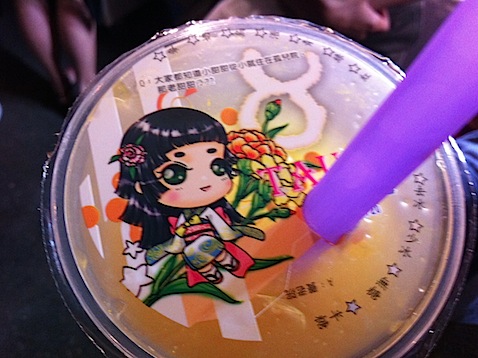 We were stuffed and we didn’t get a chance to try the duck crepes, assorted noodles or dip into the dim sum.

While the food was the main event for us, there was also a huge market where you could indulge your fantasies of buying cheap sundries from overseas. Apparently Angry Birds has been turned into a series of plush toys that now battle Mario et al. for kids’ attention. And, if you desire, you can now change your eye colour before hitting out a night on the town: 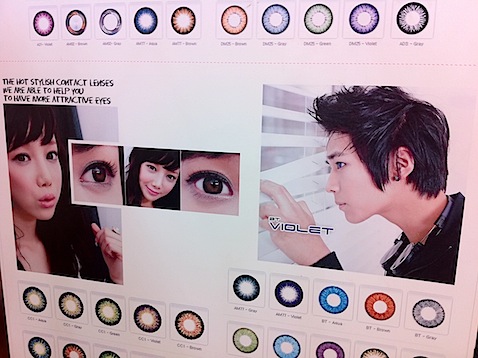