Yesterday, Wen and I needed new mugs. Actually, it’s fairer to say that we wanted new mugs. We’ve had the same mugs for 10 years now and they’re showing their age – or perhaps, we’re showing our age and want new mugs.

Anyways, that’s all a digression. We went to Walrus to see if they had anything interesting and then headed over to Vancouver Special.

Imagine my surprise when, while cutting across 19th or some other suitably anonymous street, we found ourselves amidst a flock (gaggle?) of Vancouver Specials.

Before Vancouver gave the world the City of Glass…

…it gave it the Vancouver Special. For the uninitiated, this is a type of single family home built between 1965 and 1985. Here are some snapshots of what this local contribution to the architectural pantheon looks like. 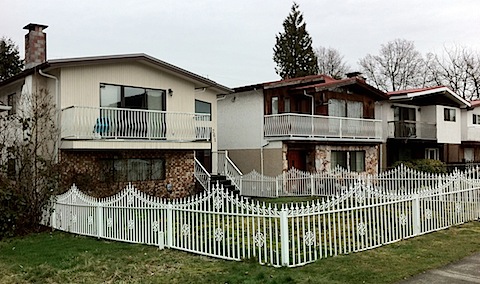 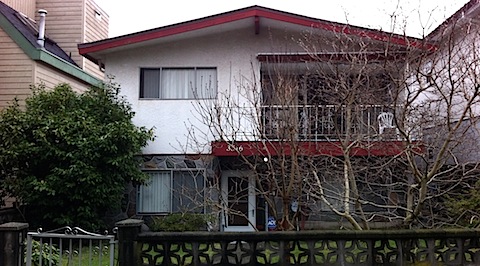 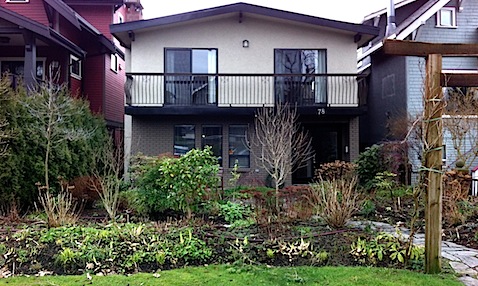 And here’s a map.

It feels like the entire city of Vancouver is under development right now. A cacophony of condos sprout on the skyline, cranes hinting at pedestals and towers to come.

One strange phenomenon is the rise of the developer “park” – a lot of land that will soon be home to a condo and is temporarily converted (really, just grassed over) into a park. 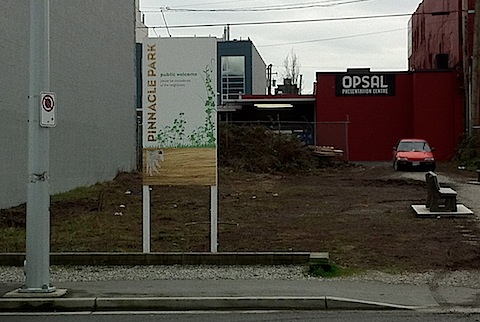 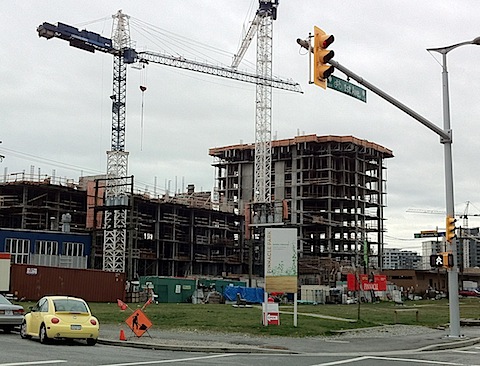 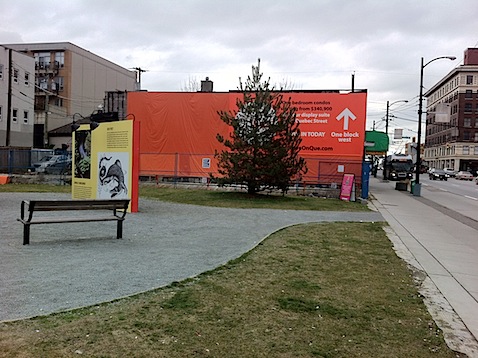 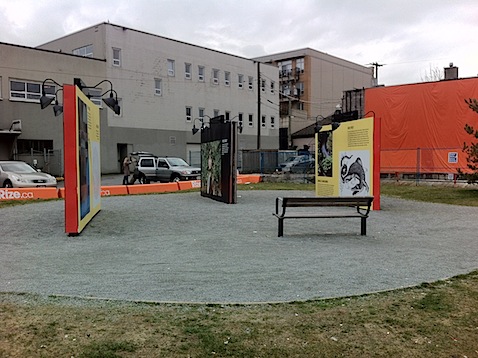 Many thoughts go through my mind when I see these “parks”.

The first is the way they taunt you by saying “public welcome” – undoubtedly legal speak included to preclude trespassing.

Secondly is the utter lack of the previously mentioned public. I’d like to imagine that people can see past the feeble amenities (a bit of grass! a bench!) and sense what this truly is: an advertisement and a taunt; where you presently find a park will soon disappear and you’ll have to forage further for open space.

What’s amazing is that this hubbub of activity is really just the continuation of a 25+ year old experiment.

False Creek used to be the industrial base of Vancouver, a mix of industrial and commercial spaces: 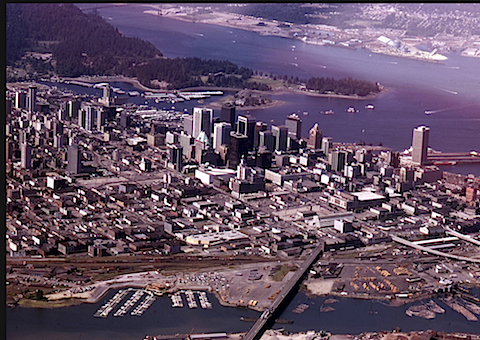 With Expo 86, an ambitious urban redevelopment plan was undertaken, and the entire north shore of False Creek was converted temporarily into a world stage: 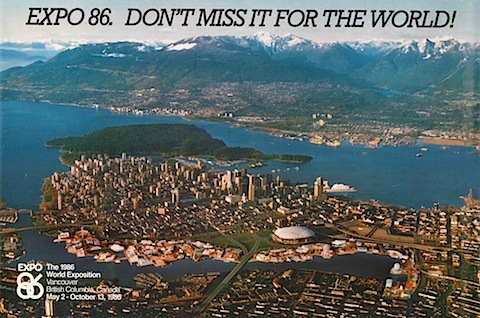 But the Expo was only temporary; the land was sold to Li Ka Shing who created Concord Pacific to develop the lands. (And, now you can see why he’s a billionaire and you’re not, with the ability to recognize the long-term potential of land like that).

Now, when you arrive at Vancouver’s airport you’re greeted by a sign for Concord, showing how they have single-handedly transformed what the city looks like (and not the unbuild properties just to the right of BC Place stadium): 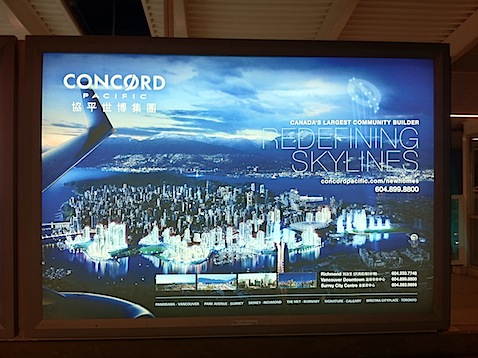 Whenever I see this sign I’m struck by the long influence of history on cities. The stage for today was set over thirty years ago and we’re just going following through on decisions made by folks long gone.

I also wonder about other Western cities where one private developer has had so much influence. Anybody know of another Western city built almost entirely by one person?