Today Wen & I went for a walk around UBC. I love exploring their campus with its diverse architecture, museums and forest trails.

I’ve been waiting for a long time to get inside the Beaty Biodiversity Museum to see their blue whale skeleton. The poor thing hit a ship, died and was buried in PEI in the 1980s; 20 years later it was dug up and the skeleton reassembled for the museum.

The skeleton’s visible from outside the museum; here’s what it looks like on the inside: 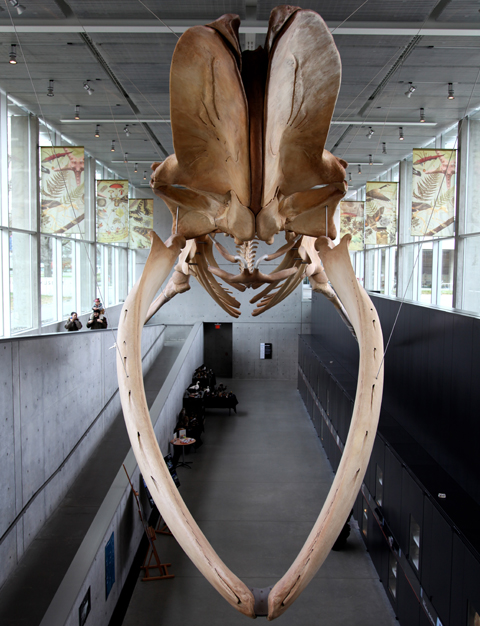 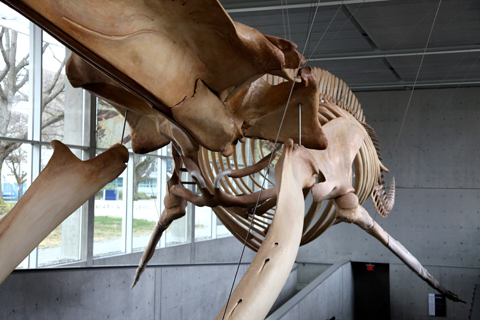 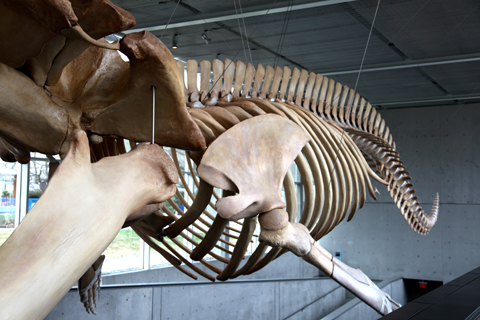 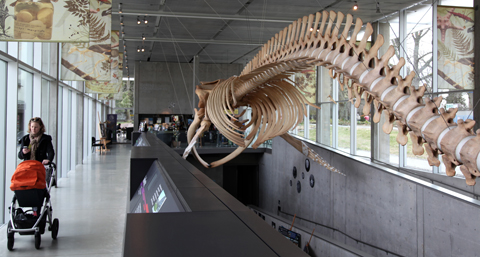 The building itself is also beautiful. There’s a courtyard surrounded by the building proper. Some of the students have cheekily decorated the windows. And, if you walk around the courtyard, you can see additional skeletons beyond the whale. 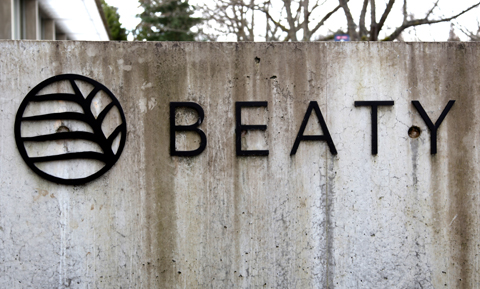 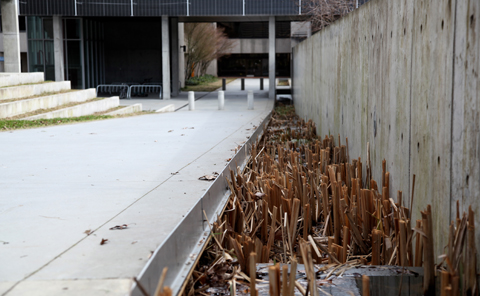