Guo Fengyi, a Chinese artist who passed away in 2010, is not a well-known artist, to the point that she does not even have a Wikipedia entry. This is completely undeserved and hopefully will be rectified after her recent exhibit at Vancouver’s Contemporary Art Gallery.

Born in 1942, she spent most of her life not creating art. Then, one day she fell sick and started to practice traditional qi-qong medicine. This led her to visions that compelled her to draw. Her work was largely unnoticed until 2002 when she exhibited with the Long March Project.

Her work is all similar in style and fascinating to look at. All her works are paper drawings, frequently on scrolls, and using simple colours. Everything is a flat line drawing; there’s no attempt at shading or perspective. She hints at traditional chinese motifs and beliefs.

The scale of the work is overwhelming; some pieces tower fifteen feet over you.

You’re not supposed to take photos, but I did. Here are a few: 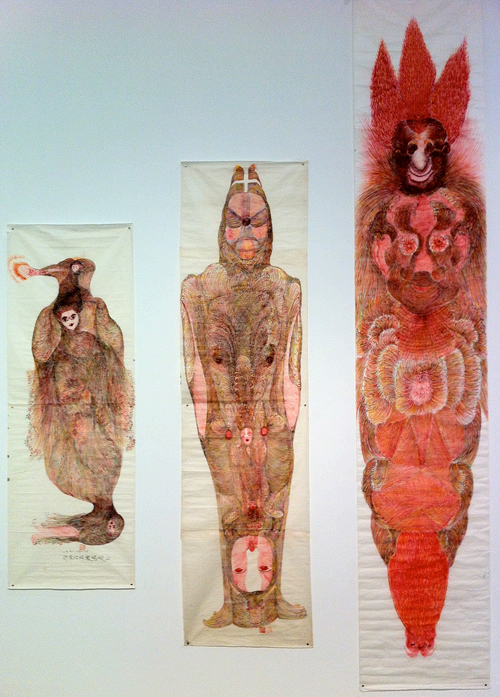 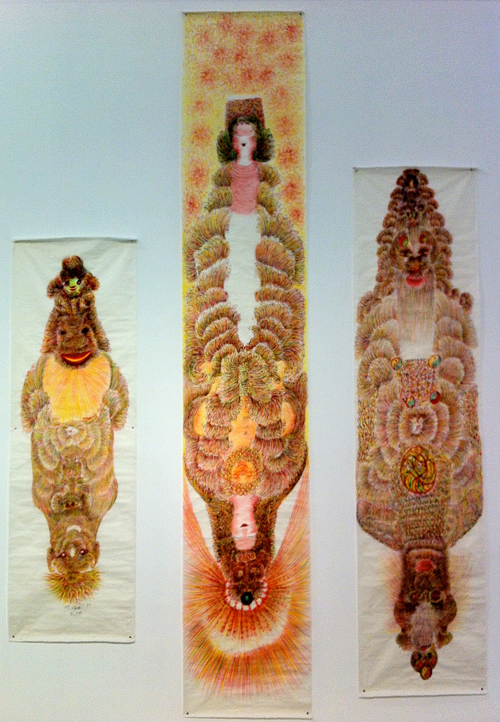 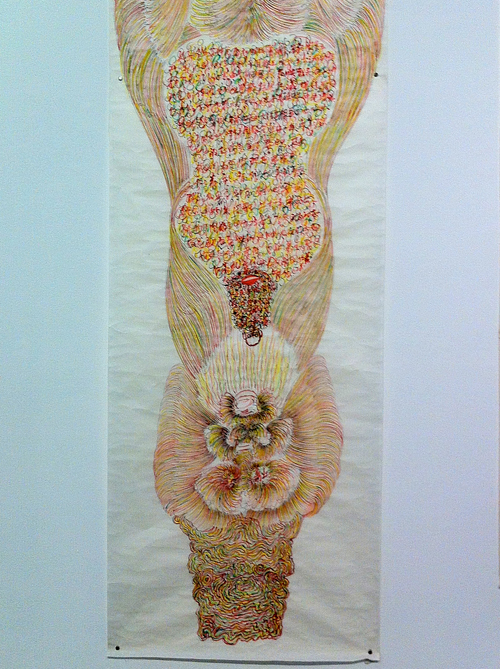 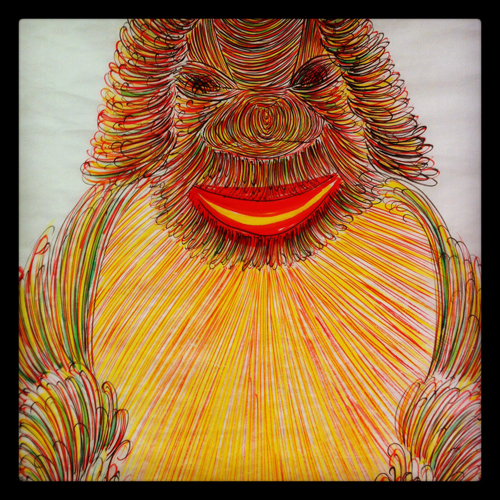