For the past six years or so, I’ve stopped throwing out old technology. Instead all the gadgets go into a box and it’s my self-styled “technology graveyard.” I’m interested in watching how this evolves (and things are finally small enough that I can store them in a box; this wasn’t an option with old computers).

You can see a photo of the graveyard below: it’s missing a Blackberry. Also, there’d be another digital camera there but I gave it away. 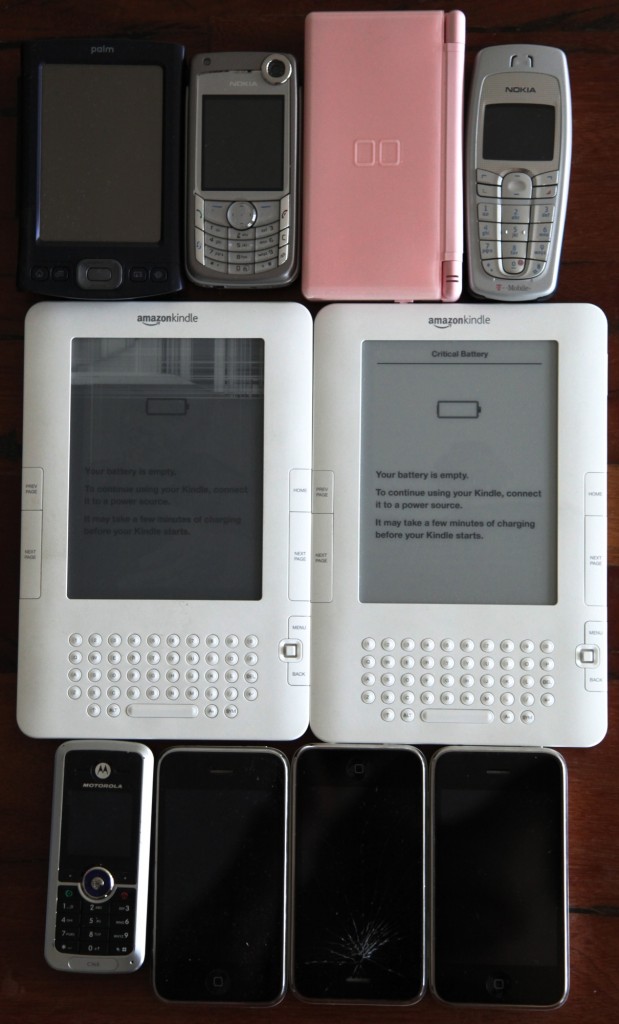 Two things stick out when I look at the graveyard:

1) The rate of change amongst phones is incredible. The iPhone 3Gs that are in the graveyard are practically useless; don’t even get me started on the 2006 Nokia (which did streaming video; oh how Nokia had the future in its hands…). By comparison, during the past eight years I’ve bought two laptops.

2) The other is how the phone is eating the world. Goodbye standalone Kindle. Goodbye Nintendo 2DS. Goodbye pocket camera. Goodbye Palm Pilot (your solitaire game got me through grad school lectures). Each is just an app within my phone now. And this isn’t going to stop any time soon; obvious devices have been replaced by the phone; my wallet and keys are probably next.