The past few years have been a fascinating time to watch China’s mighty rise. However, the notion that they’re going to become the most powerful nation in the world over the next few years has always seemed ridiculous to me.

Recently I’ve noticed quite a few signs that suggest I’m not alone. 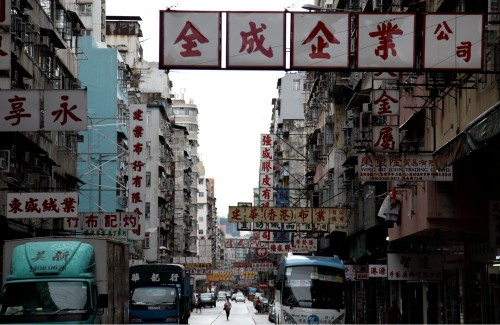 A few weeks back I had lunch with an alum of my grad school whose moved to Vancouver because it offers such a better life than China. He spoke of the boom there as being over and that everyone wants to get out in the next two years before a crash occurs.

But the malaise may be deeper that just an economic crash. Today’s NY Times includes this fatalistic gem (from What Keeps The Chinese Up At Night)

Their [locals in Chongquin] wishes and worries were candid, heartfelt and startling: people had lost their optimism and were yearning for security and freedom from anxiety. Income is a primary worry for those who have lost their jobs or land. Pensions and social welfare payments are almost nonexistent. People struggle to pay for education. They can’t afford medical treatment; clinics and hospitals require patients to pay cash in advance. A serious illness can spell financial ruin for an entire family.

China’s one-child policy has turned family life from a source of solace to a font of anxiety. Parents now get just one chance for a child to succeed and to support them in their old age. Single children carry an unbearable burden of parental and grandparental expectations.

In sum, a spiritual hunger has taken hold even as physical hunger has receded. Anxiety and resentment are turning people inward; the Chinese are being consumed by anomie, a listless sense that life has little meaning.

And following along with From Peter Thiel’s CS183 – nominally about startups but really about so much more – includes this even more fatalistic passage:

In a strange way, China falls squarely in the determinate pessimistic quadrant. It is the opposite of the U.S.’s optimistic indeterminacy. The China view is that there is indeed a calculus as to what to do to improve things for society. Things are determinate. But when you go through that calculus, there’s no cause for celebration. China will get old before it gets rich. It is forever destined to be a poor version of the U.S. It can and will copy things. But there’s not enough time to catch up, even if it executes perfectly. This explains why you end up with all these things that seem draconian from a more optimistic perspective; e.g. the one child policy, massive environmental pollution, and thousands of people dying in coal mines each year. The fundamental view is pessimistic, but in a very determinate, calculated way.

Another clue is found in a recent blog post by David Eaves:

He contrasts that with the “Generation 90,” those now in mid teens to mid twenties and he sees a generation with small dreams and growing frustration. Forget about access to the top international universities in the world. Indeed, forget about access to top Chinese universities. Such opportunities are now reserved for the super rich and the super connected. What many have felt was a system that was relatively meritocratic is now flagrantly not. According to Anti, the result is that Generation 90 does not have big dreams. Forget about become a world class scientist, founding a leading company, leading an interesting organization. Many do not even dream of owning an apartment. This evolution (devolution?) in moods was summed up succinctly in a poster Anti saw at a demonstration a few months earlier which nihilistic read “We are Generation 90: Sacrifice Us.”

They agreed with Anti. Here I was, in the nation’s capital, sitting in an upper middle class restaurant, with a vibrant, intelligent, bilingual group of young Chinese. This is a group that would easily fit in the top 5% in terms of education, opportunity and income, and most probably in the 1%. And they felt that opportunity for their generation were limited. Their dreams, were more limited than the generation before them.

I’ve been telling anyone who’ll listen that China’s on an inexorable rise – but it doesn’t necessarily end at number one. It’s going to be interesting to see how this movie ends.

Update: a buddy of mine sent me another great article similar to the above, this time from The Prospect:

The domestic Chinese lower education system does not educate. It is a test centre. The curriculum is designed to teach children how to pass them. In rural China, where we have lived for seven years, it is also an elevation system. Success in exams offers a passport to a better life in the big city. Schools do not produce well-rounded, sociable, self-reliant young people with inquiring minds. They produce winners and losers. Winners go on to college or university to take “business studies.” Losers go back to the farm or the local factory their parents were hoping they could escape.

I pity the youth of China that cannot attend the international schools in the cities (which have to set limits on how many Chinese children they accept) and whose parents cannot afford to send them to school overseas, or do not have access to the special schools for the Party privileged. China does not nurture and educate its youth in a way that will allow them to become the leaders, inventors and innovators of tomorrow, but that is the intention. The Party does not want free thinkers who can solve its problems. It still believes it can solve them itself, if it ever admits it has a problem in the first place. The only one it openly acknowledges, ironically, is its corruption. To deny that would be impossible.