Every day when I come home from work I take all my pocket change and throw it in a bowl. When the bowl is full, it’s time for me to roll the money and take it to the bank[1].

I’ve been doing this for years and it’s become my forced savings program.

On the weekend my bowl overflowed and as I sat down to wrap my change, it was tinged with a bit of sadness – because this is one of the last times I’ll every roll pennies.

Since last March’s budget announcement, the writing’s been on the wall and just over a week ago merchants stopped giving you back pennies – although I’ve noticed that my local loonie store [2] insists on still giving them.

What? This is bullshit!

So it was with somewhat misty eyes that I started rolling what might be my last roll of pennies. Well, not too misty because the reality is that it has never paid to roll pennies. The time it takes to roll them is ridiculous and let’s not even talk about the filth that ends up covering your hands.

(And you don’t get this for nickels, dimes & quarters because they used to make them out of more valuable elements and those have all been melted down)

A few full bowls back, I found myself looking at a 1939 gem: 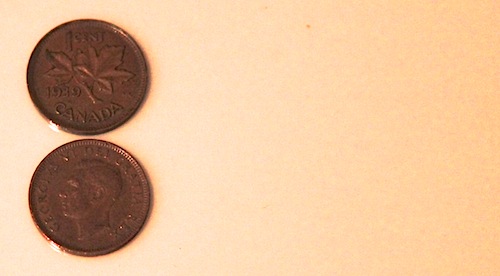 This is before WW II people! (Coins are typically minted the year before)

My now-deceased grandfather was a young man.

There was a man on the coin.

On any given day, other than buildings, when do you come across anything from 1939?

And this happens all the time with the penny.

So, with this final (hopefully) rolling session, I thought I’d do a penny histogram and see how far back I could go. Here are the results:

Those are the few hundred pennies I had, organized by year. Here’s a graph for a better look:

I’ll miss this little thread of everyday history-although I won’t miss rolling it. 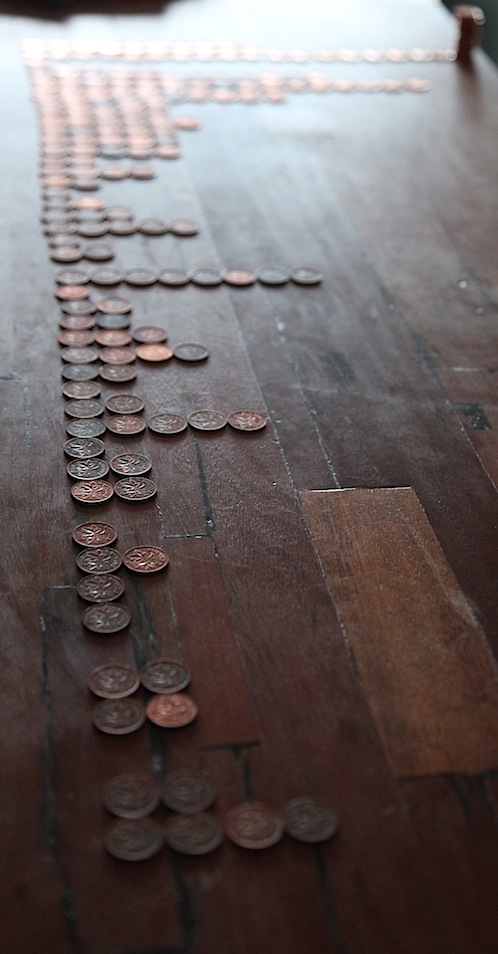 [1] It drives me nuts that I have to roll my money to deposit it. When I lived in New York, you could go into a TD (formerly Commerce Bancorp) and dump your coins into a big machine. They’d give you a receipt for cash, even if you weren’t an account holder.

In fact, banking down there is just so much easier. If you maintain a balance of $100, you get free checking. That’s all, just $100 a month. Almost pocket change:

In Canada, the minimum balance for them to waive the monthly fee is $1,500: 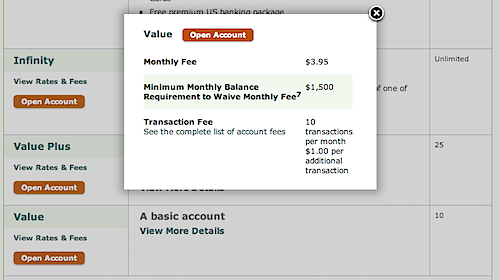 What a fucking joke. I hope all these banks go bankrupt when the Canadian housing bubble collapses.

[2] A moment of silence for the loonie store. Inflation’s forced most of them to become “loonie plus” stores and now the end of the penny’s forcing them up even faster…