So, it’s a wrap. 2014 has mere hours left; 2015 has actually already arrived for most of the world’s population.

As I look back, 2014 is the year that kicked my ass. This blog reflects it: a whopping 4 posts, year-to-date with the most recent one being over six months ago. I also checked the goals I made for the year – and I accomplished 1 of 21. A spectacularly low success rate.

So what happened? Why did nothing turn out as planned in 2014?

One hypothesis: I had a second child. On my daughter’s second day of life in mid-December 2013, we took her to get her inaugural checkup. The doctor was a true expert: 55 or so & head of pediatrics, on the top of his game like he’d just walked out of Ian McEwen’s Saturday. He grinned and told us “Oh, two kids under three years old? You’re about to enter what most people consider to be the hardest year of their life.”

Right. But what does he know? He’s only been doing this for 30 years. He doesn’t know our family…

And of course he was right. I was destroyed this year by the act of child rearing. The simple act of trying to keep two children alive turned out to occupy an almost unimaginable amount of time. They really do both need 100% of your attention, they don’t understand the concept of sleeping in and why, oh why, would they ever forgive you in the unlikely event you found yourself hungover.

However, all was not for nought. I feel like I still got a lot done. Both of the two above-mentioned children are not just alive, they’re healthy. To the best of my knowledge, my wife is no planning to divorce me and considers our relationship a success.

More seriously, I got a new job mid-year (no more worrying about getting paid) and we bought a house. I started running again and managed to do two 50km races. I learned how to cook sous vide. I picked up a new programming language (R). I raised $750 for charity and helped out with Seattle Coderdojo. I squeezed in a night photography class. And I built Cam a blinkybox.

And I read a few books: The Everything Store. The Bone Clocks. The Peripheral. Hooked. Scarcity. Your First 90 Days (guess why). Invisible Engines. Influence. Elements of Japanese Design. Too much seriousness; not enough fiction.

All in all, a year that kicked my butt. But not a failure. Tomorrow I’ll write about what I hope to do in 2015.

And let me close with a ridiculous photo from the fundraising period. 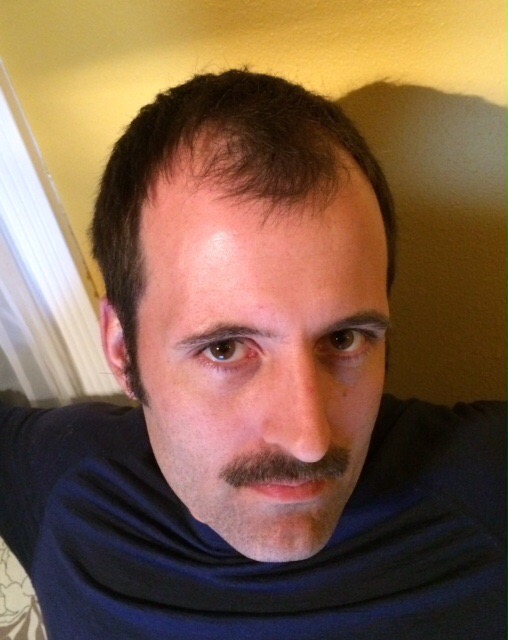