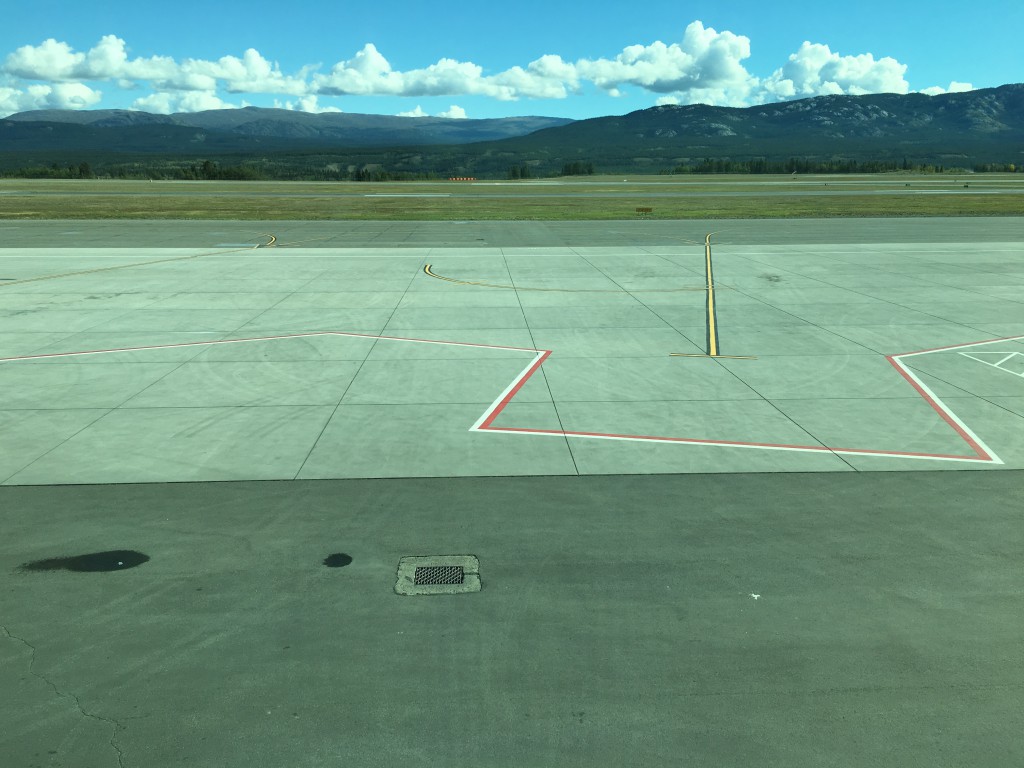 This is a view of downtown Whitehorse from the airport. Just over 20,000 people live here (Except on Sunday afternoon when the only international flight arrives and the population expands by 2.5%). You can walk to downtown: it takes about 15 minutes and you just follow the fence around the end of the landing strip. The trail pops you out in the midst of the city.

Confused? Well, the first sign that the Yukon’s not going to be like everywhere else you’ve been is the flight up. 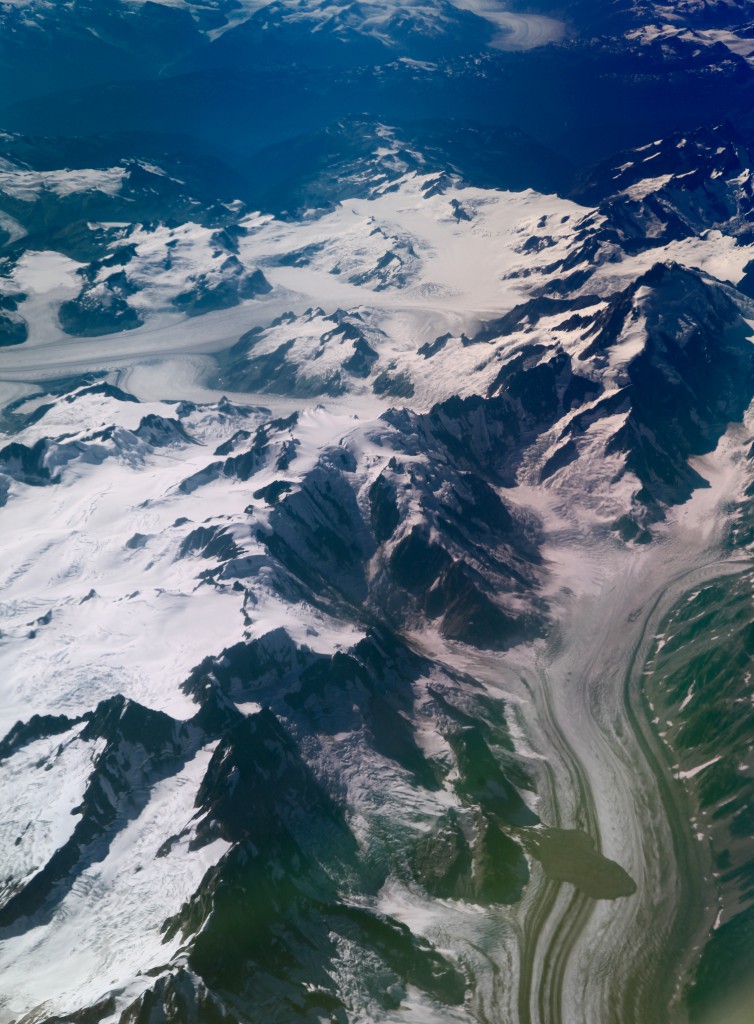 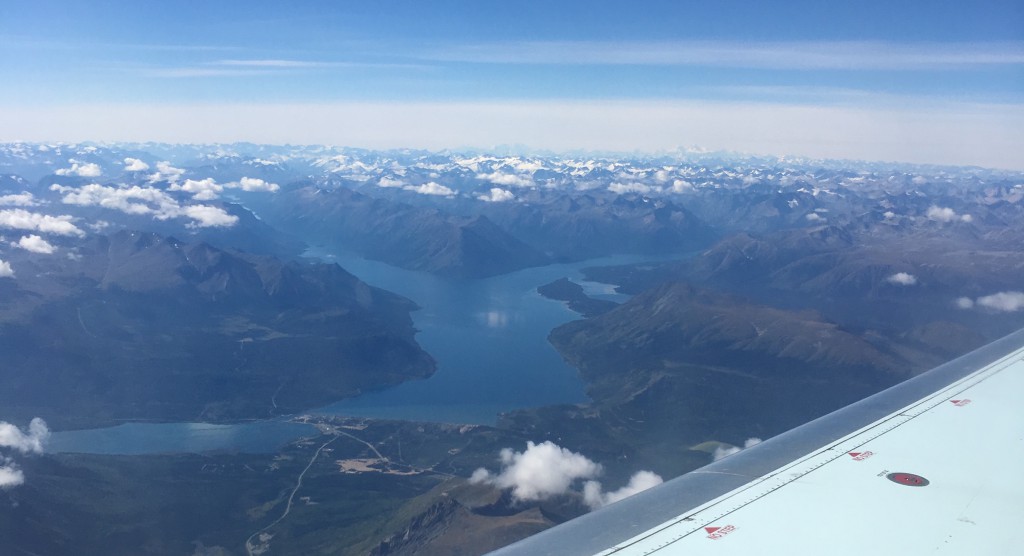 Definitely sit on the western side of the plane because the landscape is littered with mountains and glaciers and alpine lakes. If you’ve ever looked at a map of British Columbia or Alaska you might have wondered why there are almost no towns; flying over the landscape makes in abundantly clear that this is inhospitable – but breathtaking – terrain.

Whitehorse, the capital of the Yukon and where we went for a wedding, is nestled in a valley along the Yukon river and between a couple of smallish mountains. The image below, taken from the top of Grey Mountain (keep going right in the image at top) shows why you can’t see the downtown from the airport: the airport sits on a plateau. Glaciers eroded this landscape 12,000 years ago; one day the airport will crumble into the valley. 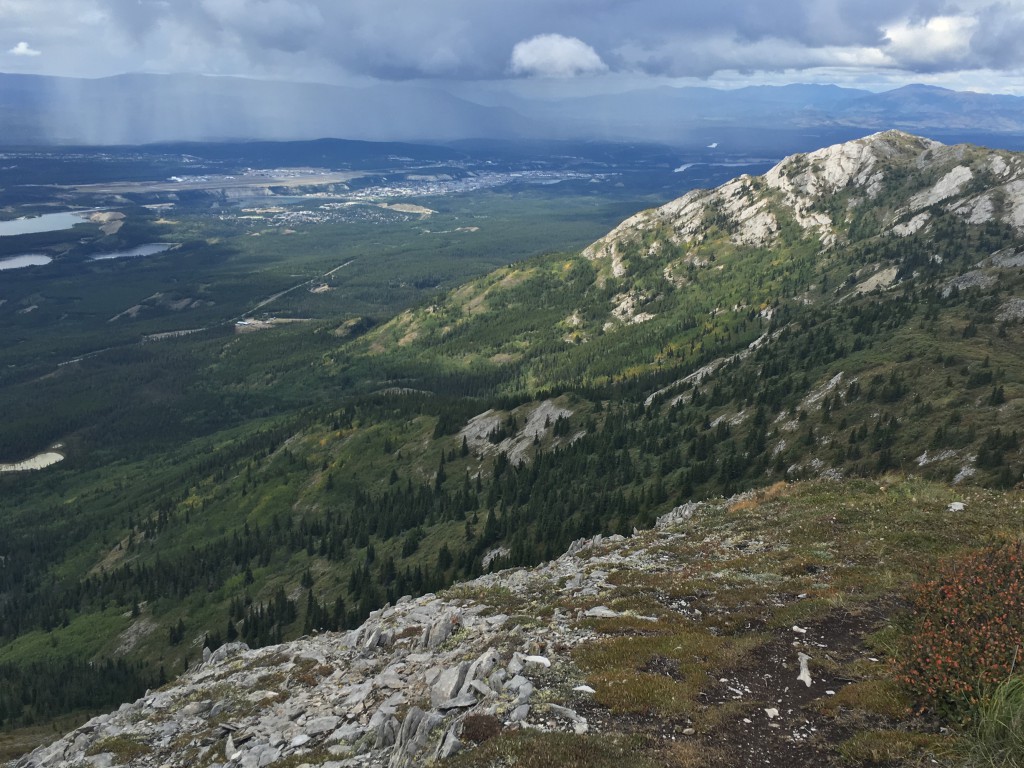 If you go, I highly recommend the walk from the airport. It’s somewhat surreal to walk out of an airport and then almost immediately be downtown (and, if you do walk, don’t make the rookie mistake of walking down trails on the sand bluffs; there are stairs if you just keep looking).

When you get downtown, there are a few signs that this town is different from other towns you’ve been in. For instance, the local architecture: 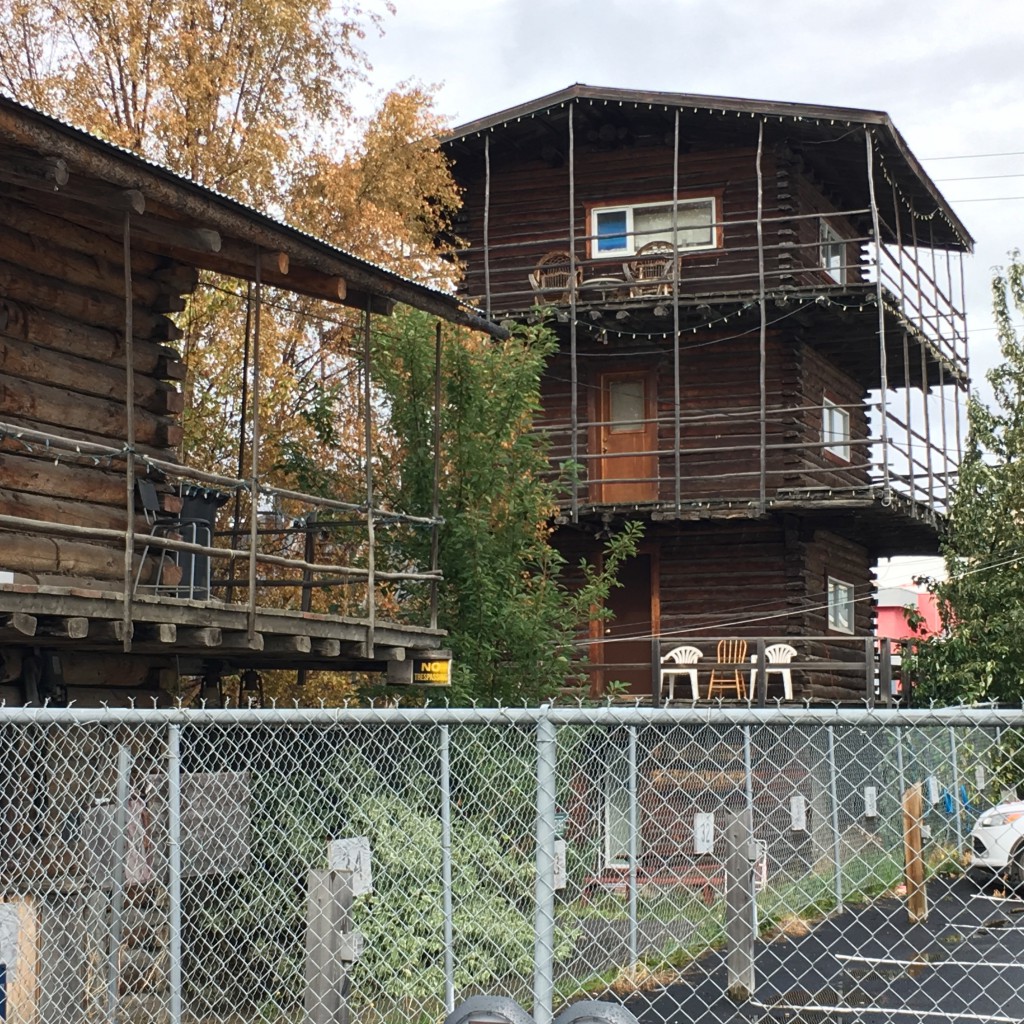 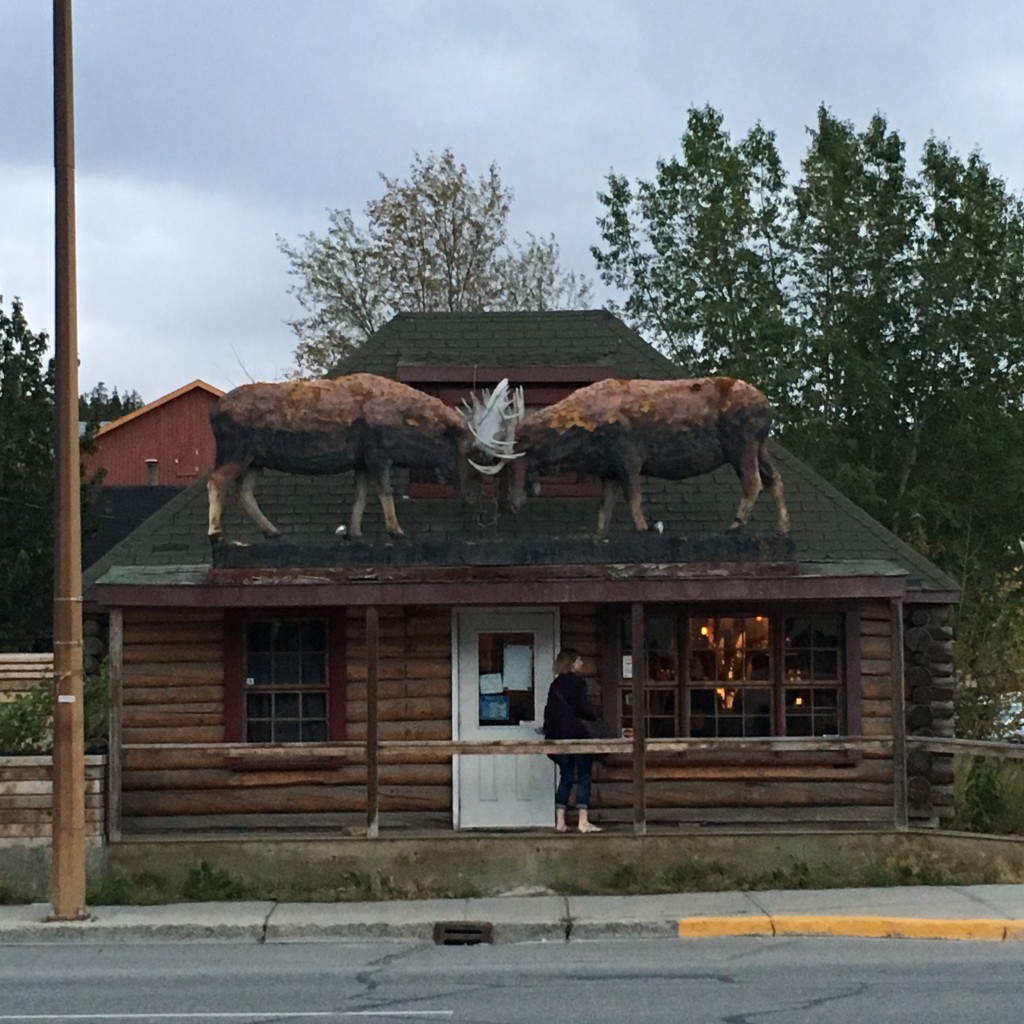 But don’t mistake the few wooden buildings as meaning that this town is rustic. Whitehorse has some surprisingly highbrow tastes. Those two moose are clashing above a remarkably good cocktail bar (Woodcutter’s Blanket); several places offer great coffee (I recommend Baked) and oddly you can get a remarkable selection of French foods and cheeses for a place that is just north of 60 degrees. The local grocery store had a better selection of asian noodles and vegetables than my Seattle Safeway (editor’s note: that’s not saying much). 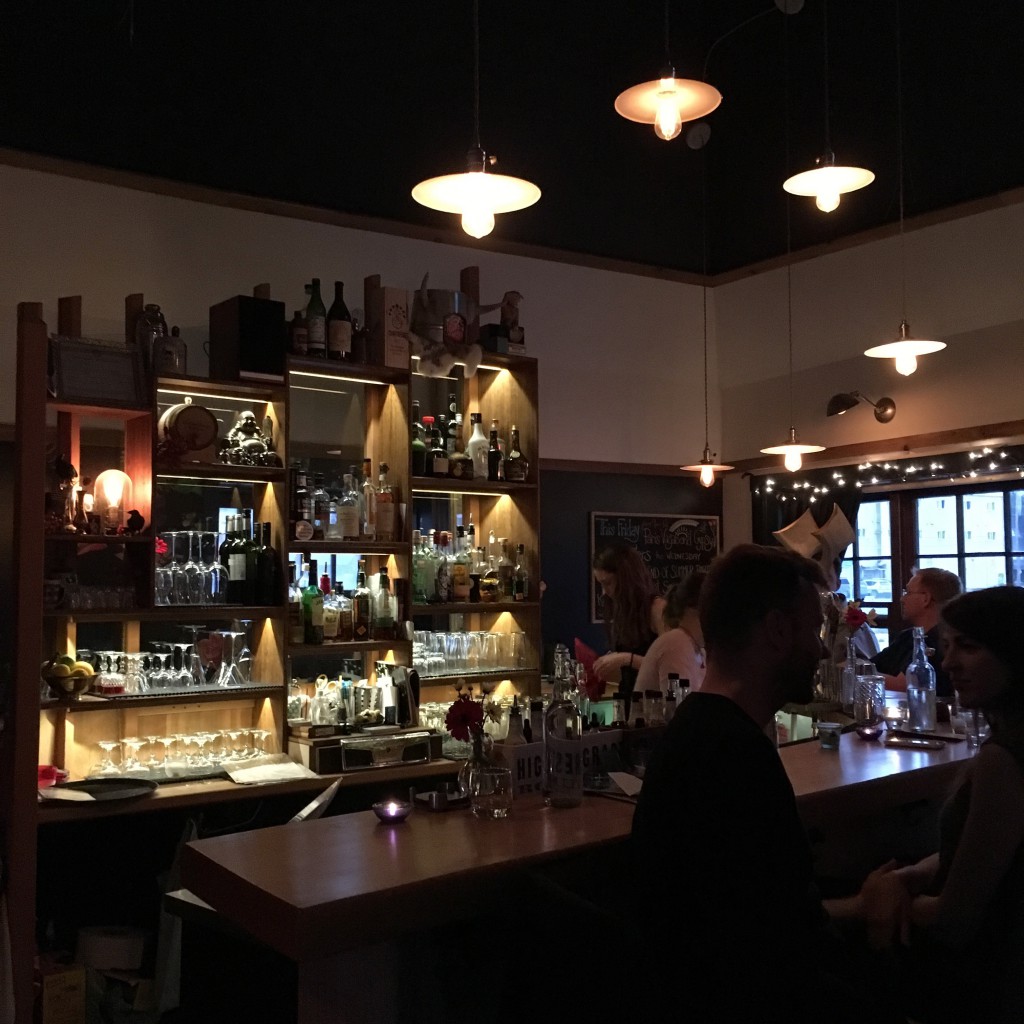 But you don’t go to the Yukon for the coffee and cocktails; you go for the wide open spaces and the wilderness. There’s only one road in and out of Whitehorse. You can go south to BC or west towards Alaska (the western road challenges you by branching; a spur leads off to Dawson). We headed west and went to Kluane National Park just outside Haines Junction: 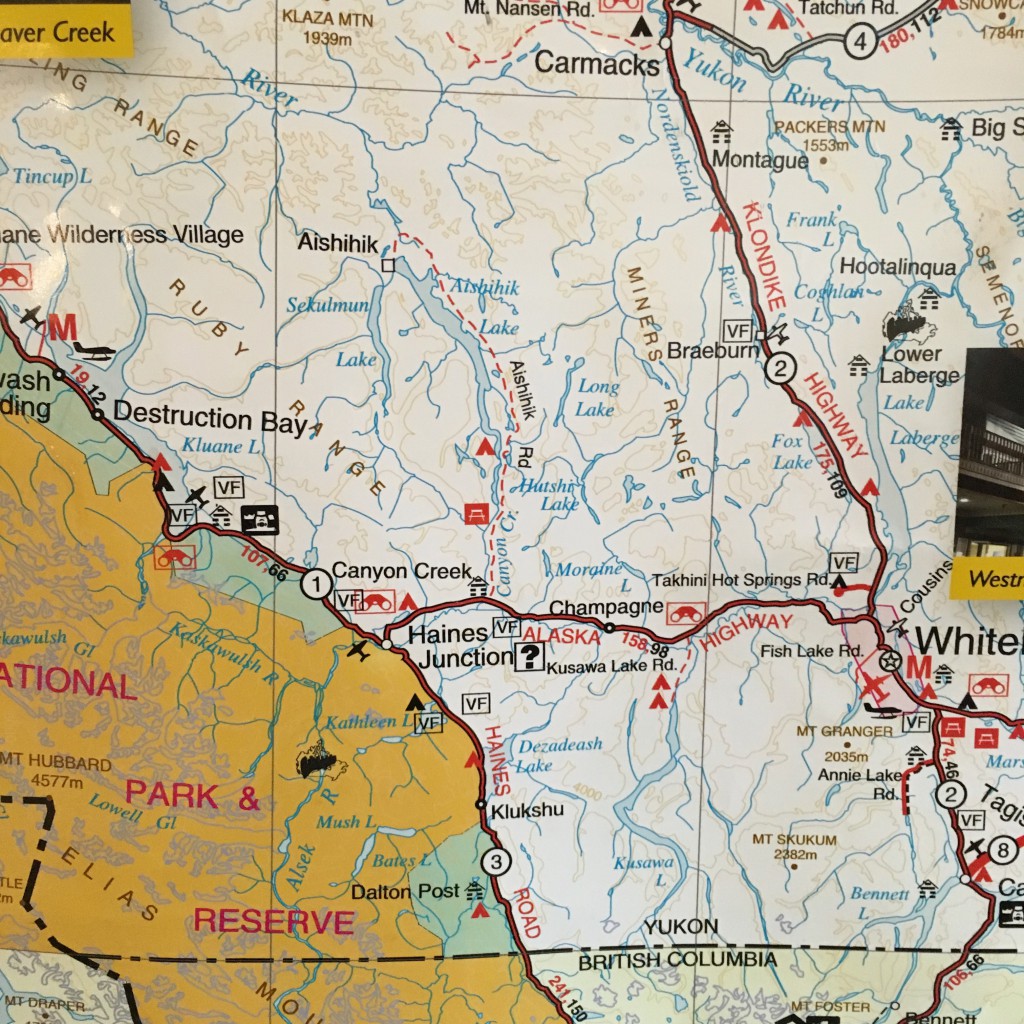 The map above doesn’t capture the scale here: it’s 150km to Haines and another 50km to the trailhead at the end of Kluane Lake. There’s basically nothing in between and the roads are straight; you check the needle and find you’re going 150km/hour without even noticing. With no buildings or signs near the road you don’t have a sense of how fast you’re driving.

Kluane is home to some of the biggest mountains and glaciers in Canada and almost no one visits it. Wen and I hiked all day and didn’t see a single other person. 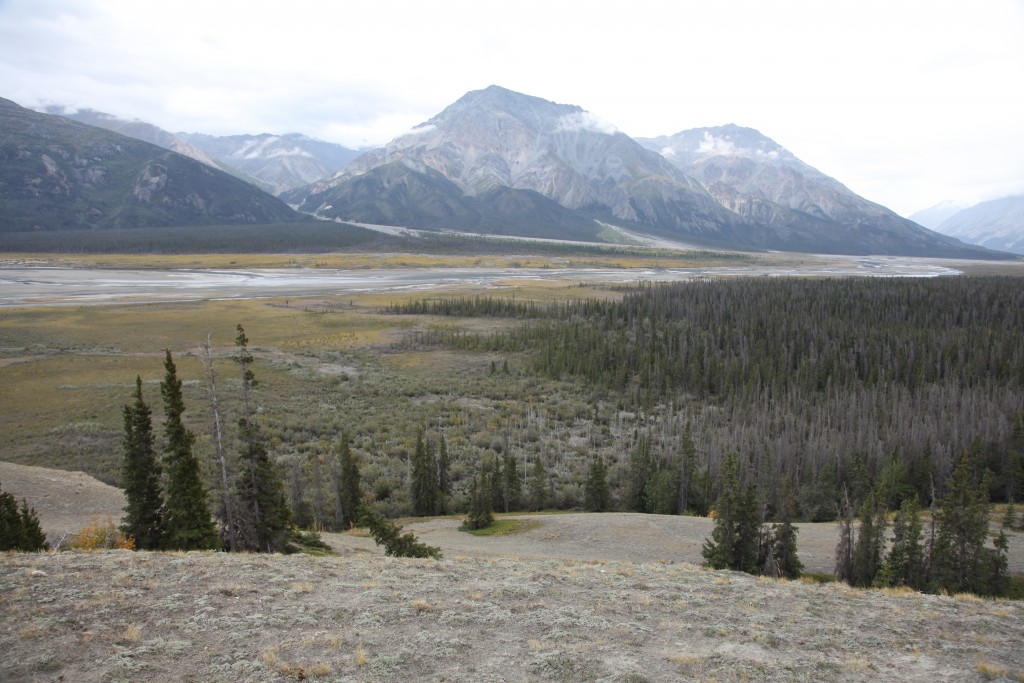 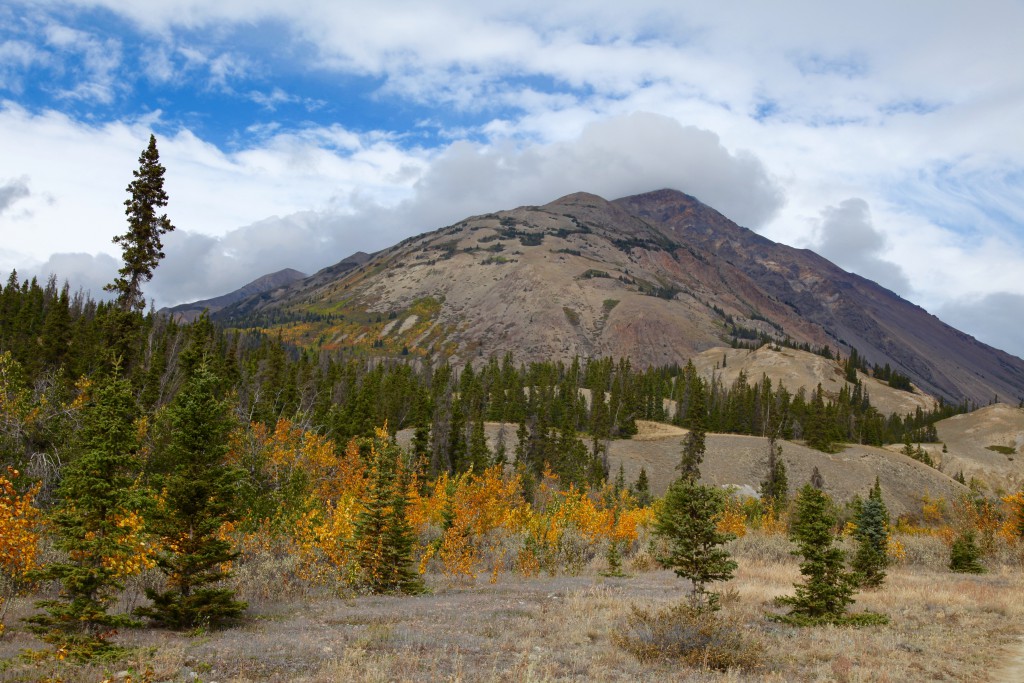 The colors of the park are beautiful: harvest colors play off each other. Golds, greens, blues and browns abound. 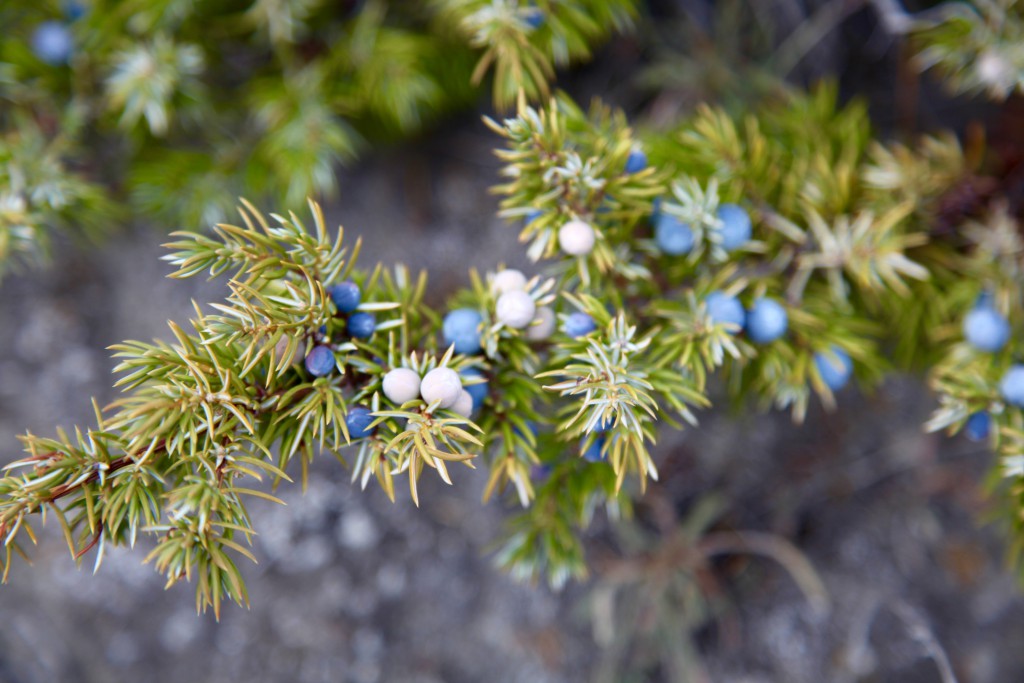 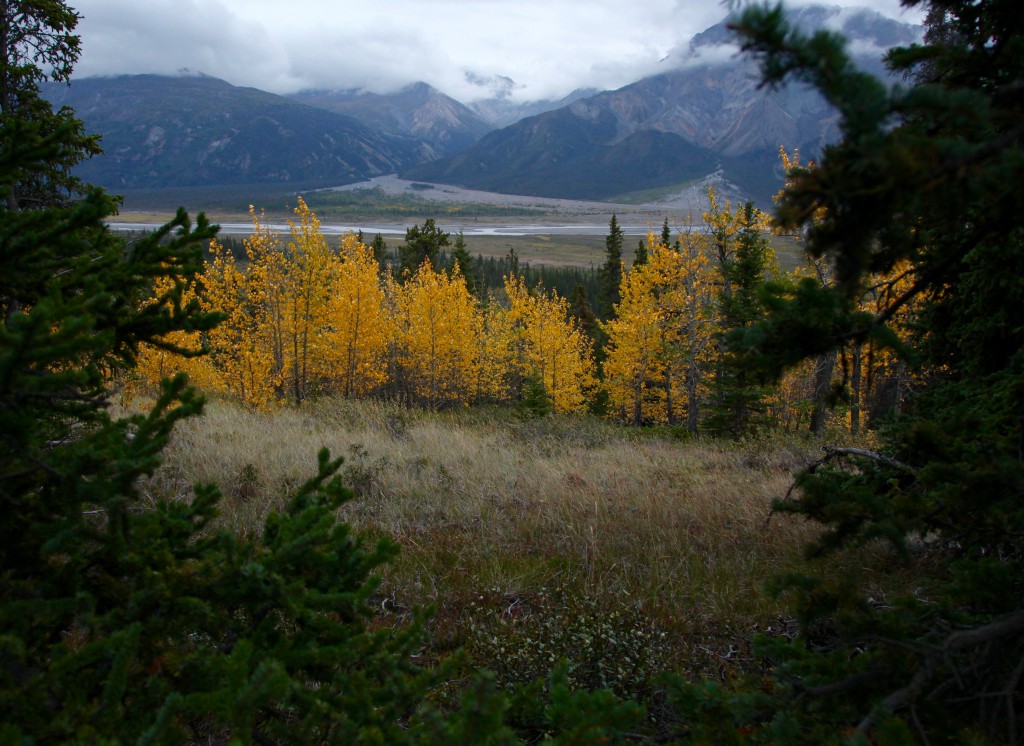 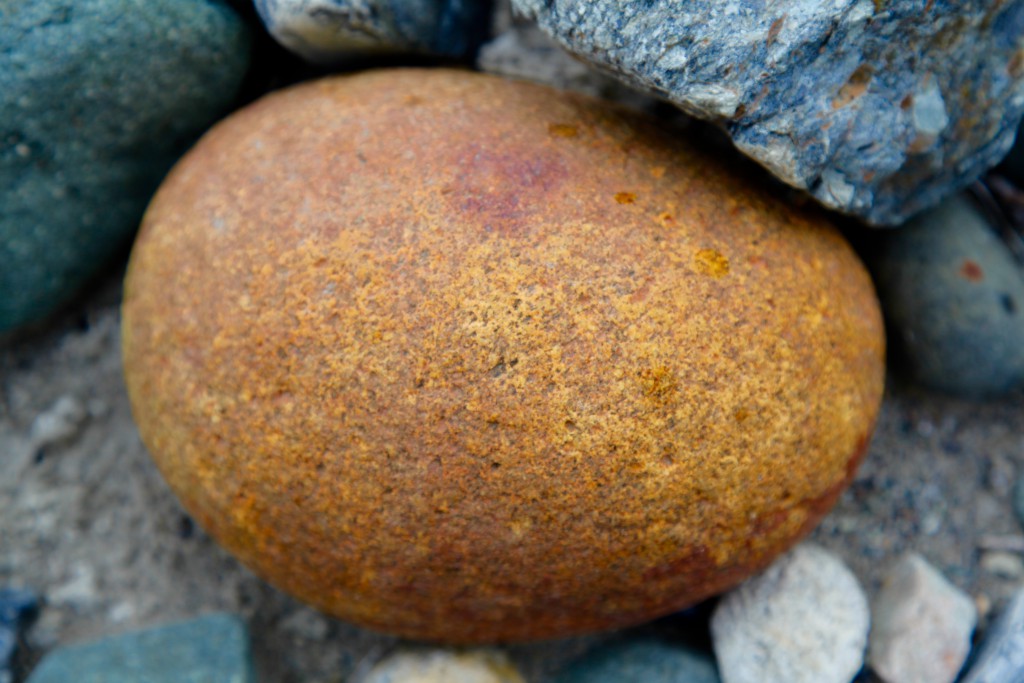 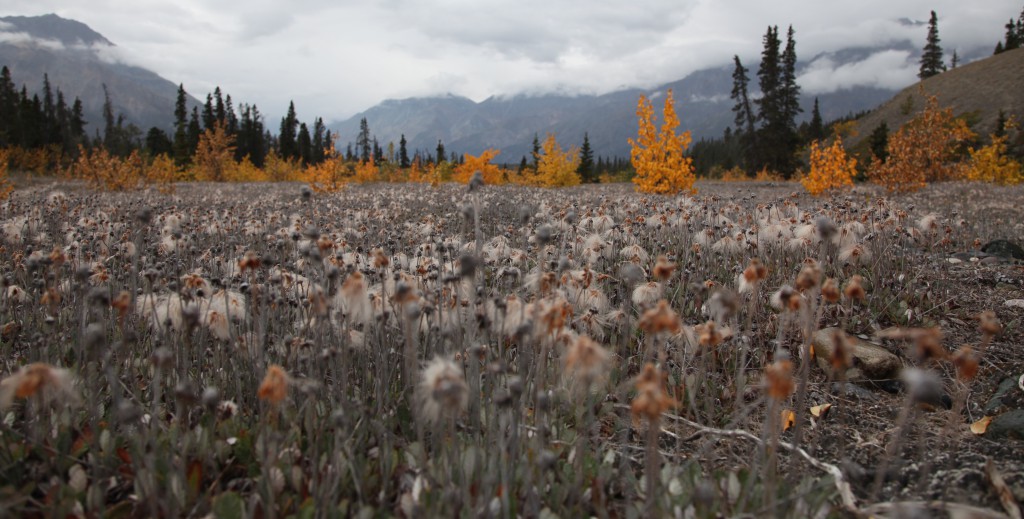 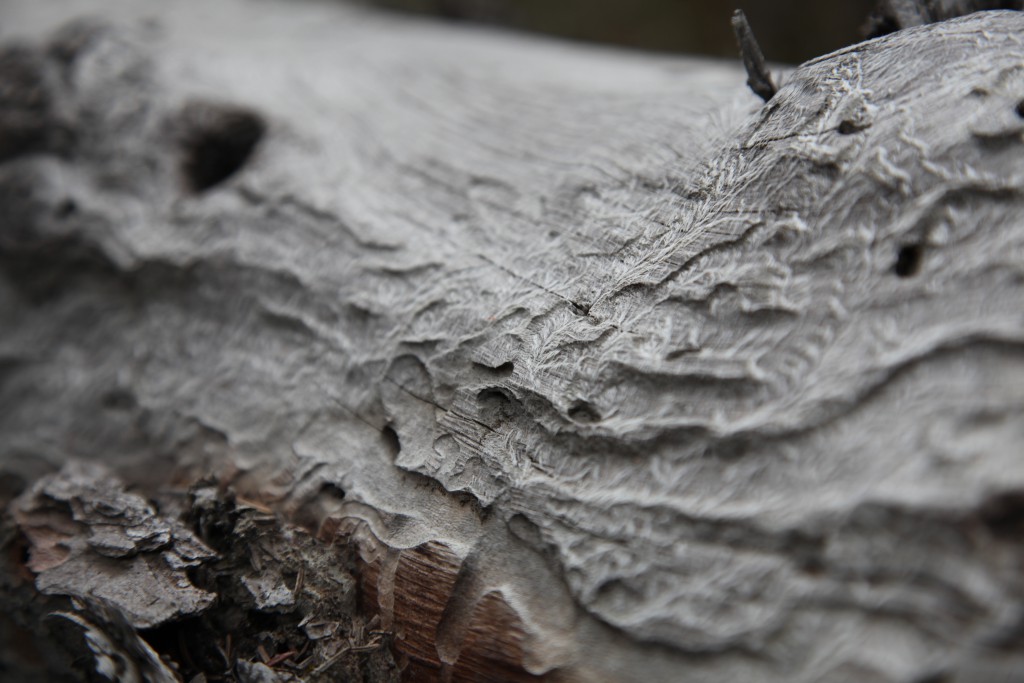 Even in Whitehorse you can get close to wilderness. There are over 700km of trails and they start about 1km from downtown. I spent the entire day running along the river and up the mountain; I saw perhaps 10 other people (and most of those were on the top of the mountain).

A note for runners: if you want to go for a long run do the following: 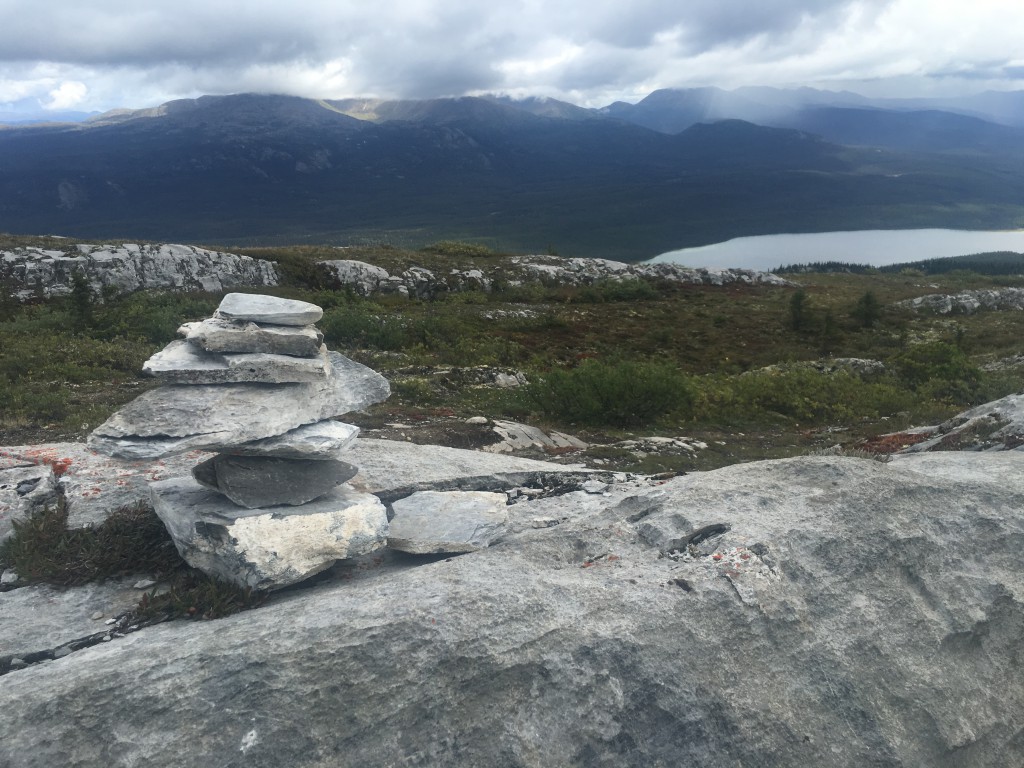 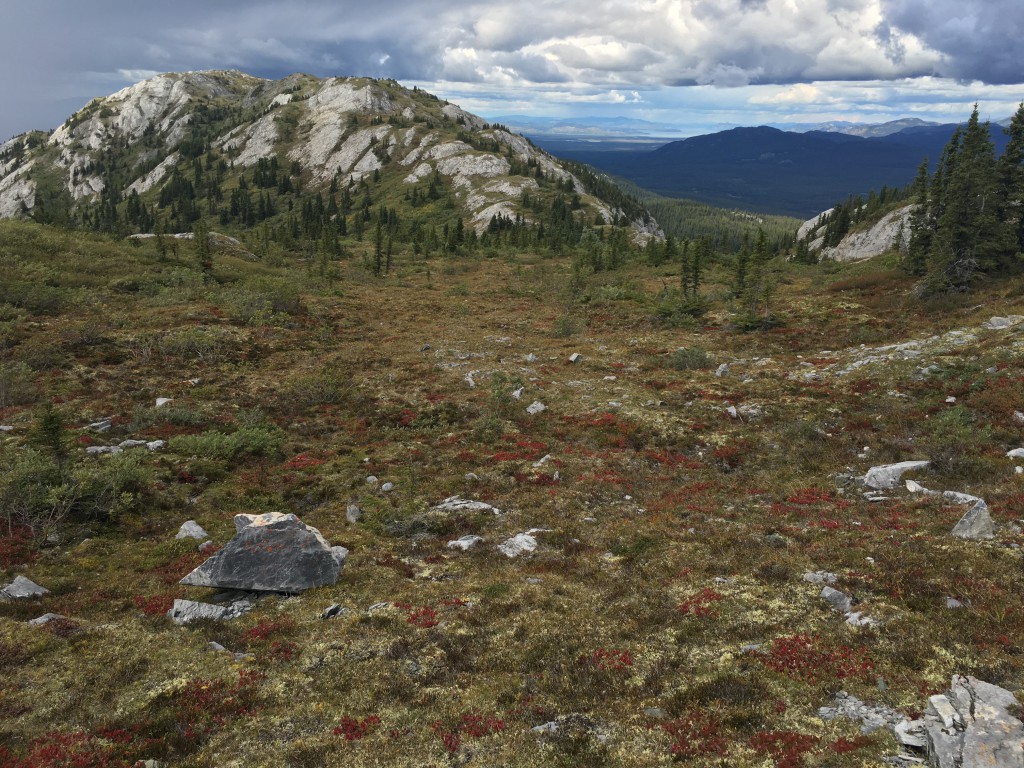 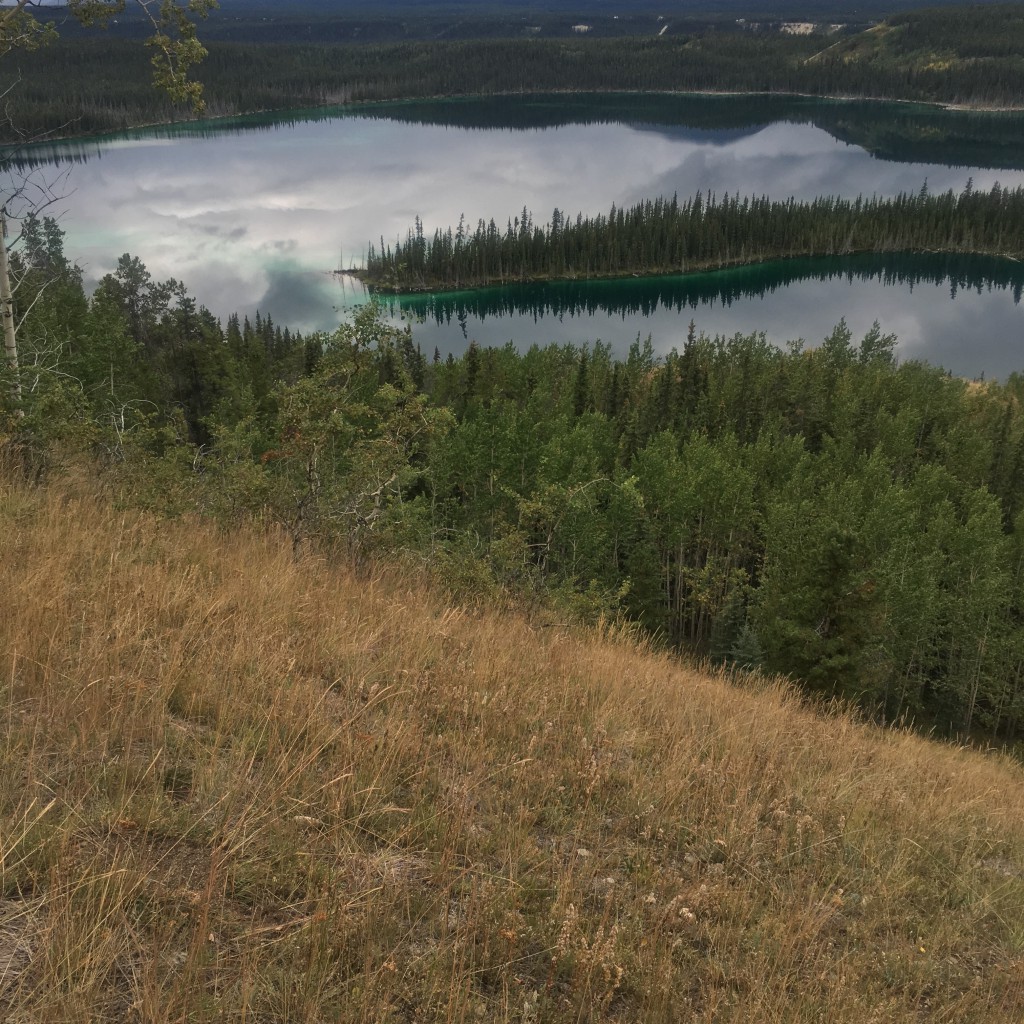 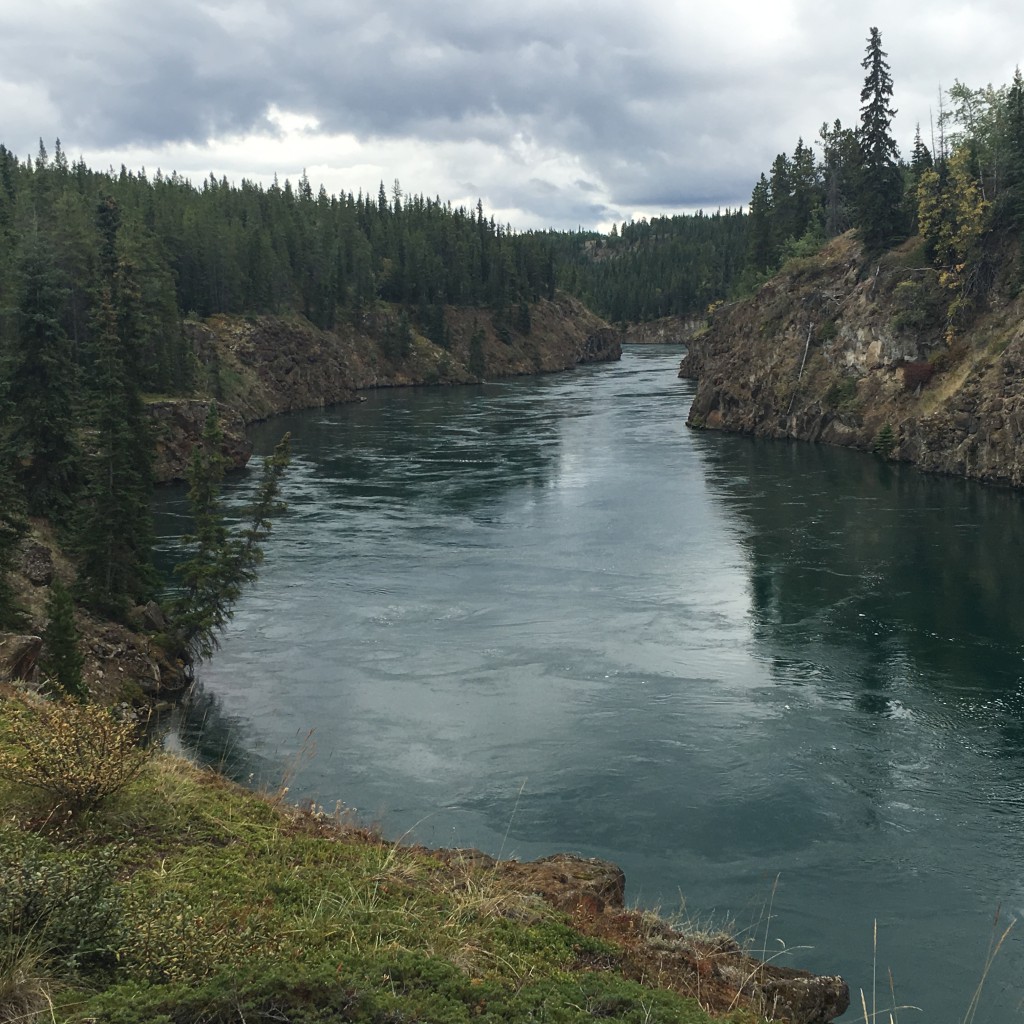 A beautiful place to visit. Get yourself to the Yukon if you can!