Wen and I just got back from a rapid sprint through London, Paris & Fontainebleau:

Looking back, it’s fun to contrast the two capitals.

London seems to be a city of repeating motifs; the order of the buildings seems to be almost an apology for the chaotic arrangement of the streets. 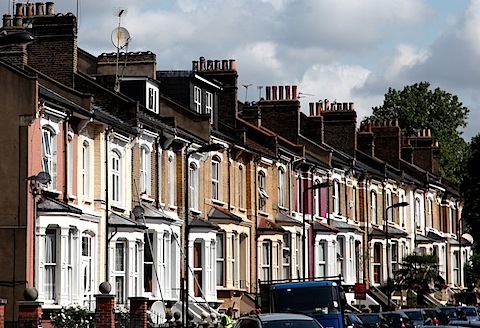 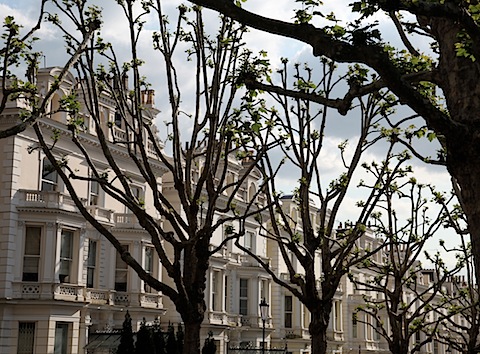 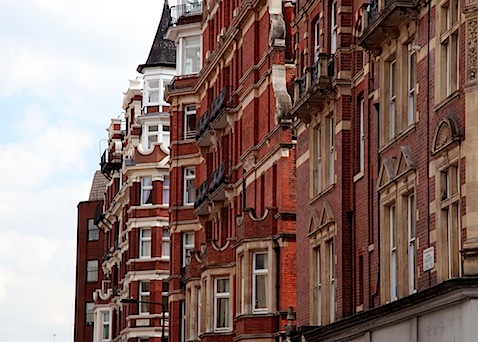 Paris on the other hand is a monochromatic mesh of near identical ancient buildings punctured occasionally by an era’s vision of the future. (These buildings are also incredibly clean; I suspect that stimulus money from the 2008 crisis was used to polish buildings and remove dog shit from the streets.) 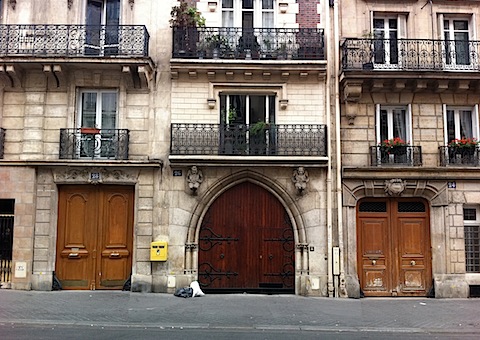 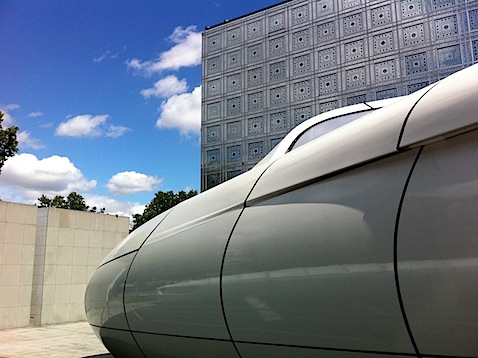 Interestingly, these visions of the future are increasingly rare. There was lots of construction in Paris but it’s all confined to the outer banlieues where presumably the zoning laws are more lax. In contrast, London was dotted with cranes competing to redraw the skyline: 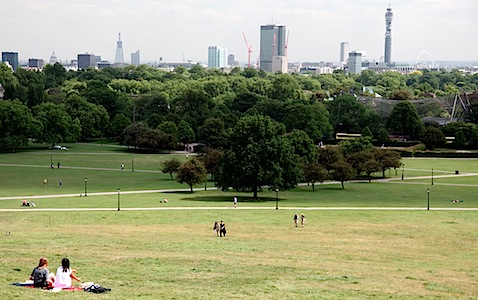 I’d also forgotten how Paris is a chameleon whose colours change at night: 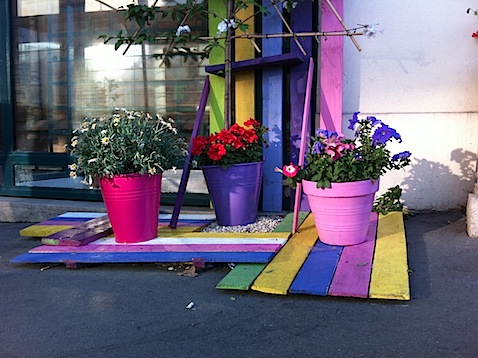 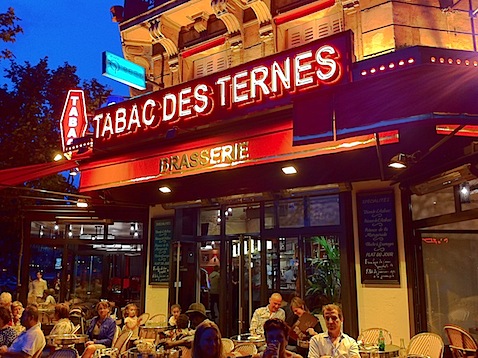 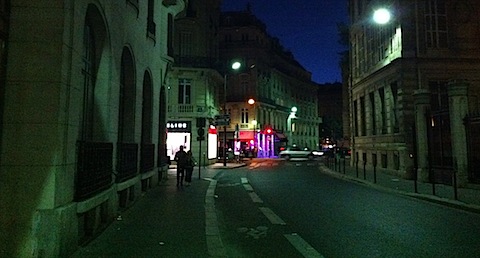 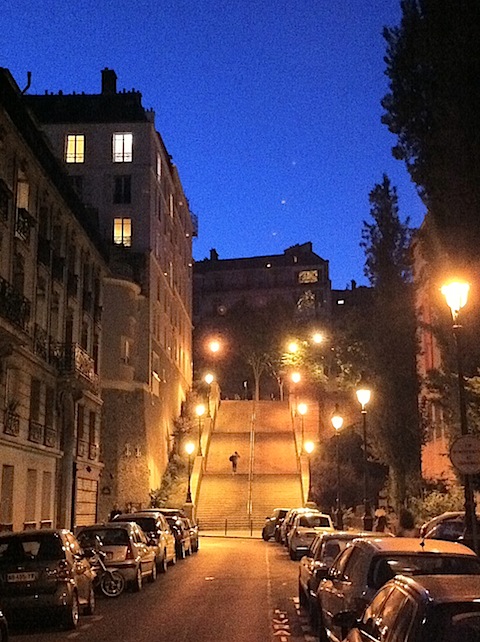 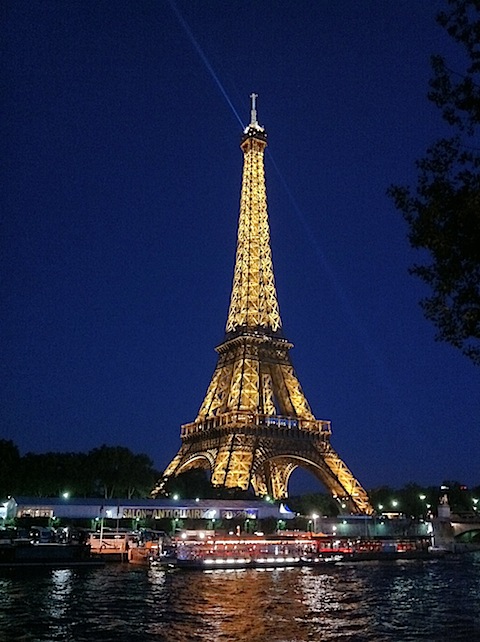 A few other things I noticed:

The English romanticize the wild… 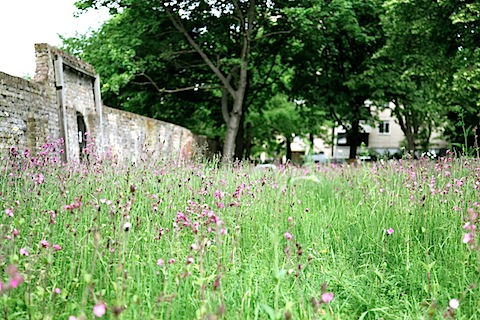 …while the French seek to tame it 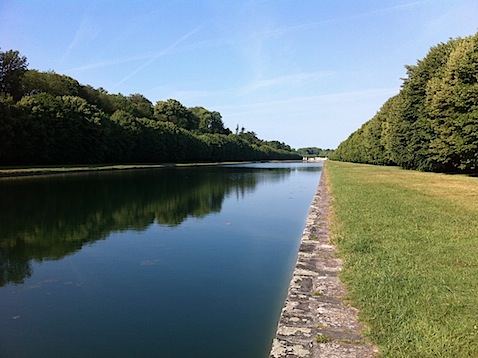 Each city has its own dominant smell. On a walk through the towpaths and parks of the city, London’s appears to be the sweet rot of plants that lurk in cracks between stones and in back alleys. Paris’ is the smell of urine in the subway.

France is the one of only two places in the world (the other being New York’s Upper East Side) where men can innocuously, unabashedly and unrepentantly wear red pants:

London was in full bloom for us when we arrived: 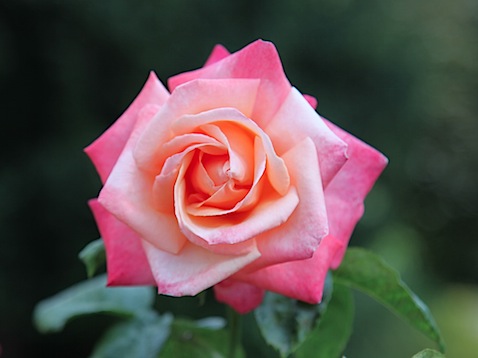 In fact, it may have been blooming too much. It hadn’t rained in ages and there was so much dust and pollen floating around that you literally felt like you had just visited the barber.

The French are the European champions at both smoking in public and randomly stopping in the busiest places on crowded thoroughfares. In fact, urban planners could do better than simply following the French around and watching where they stop as a clue as to the most-trafficked places in a city.

I suspect the halting is driven by a subconscious need to have one’s existence acknowledge by others, if only via profanities.

Every airport is full of defeated-looking people and Heathrow may have just that many more than others. I suspect this is because it’s an airport designed by shareholders who do not fly and worship Thomas Hobbes. It’s all angles and no curves, paths that maximize time spent in duty free rather than getting to your gate, and floor space auctioned to the free-est spending luxury brand rather than thinking about how passengers might, say, want to eat rather than buy jewellery.

France is a great place to simply sit and waste time drinking a coffee. I can see how they came up with the word boulevardier. 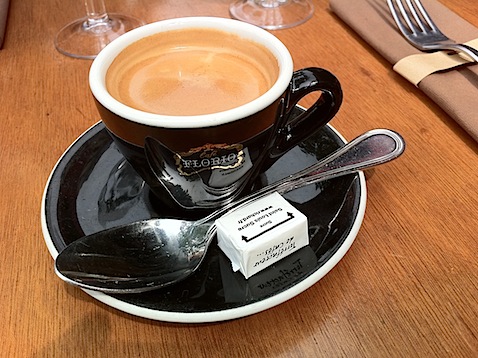 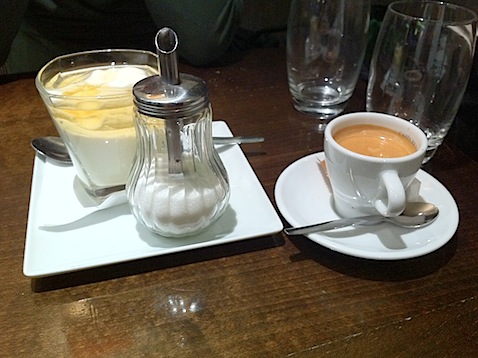 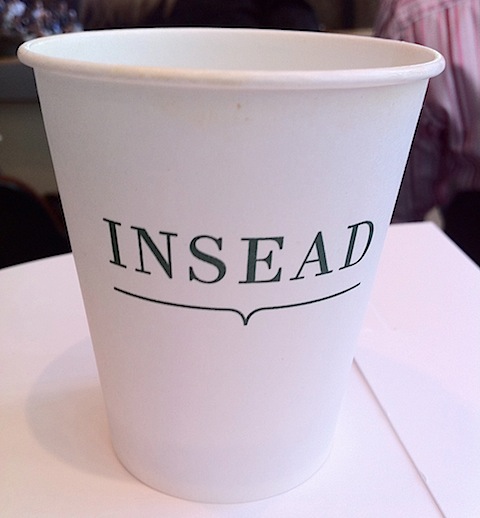 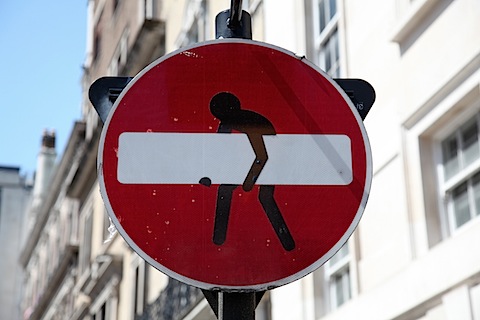 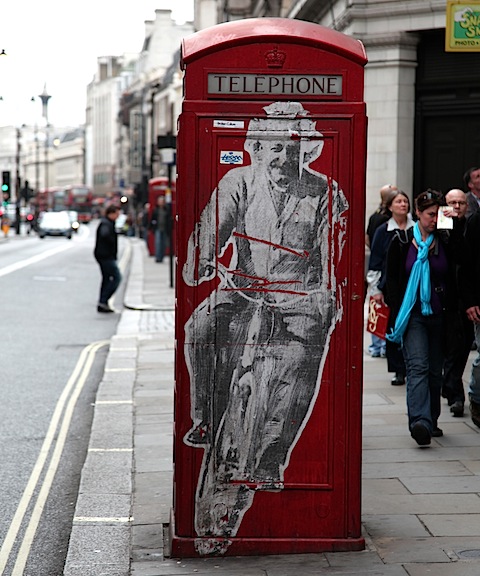 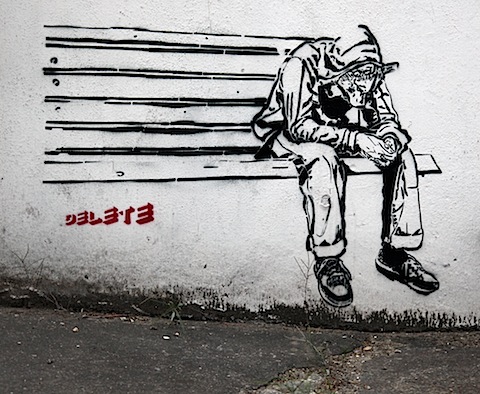 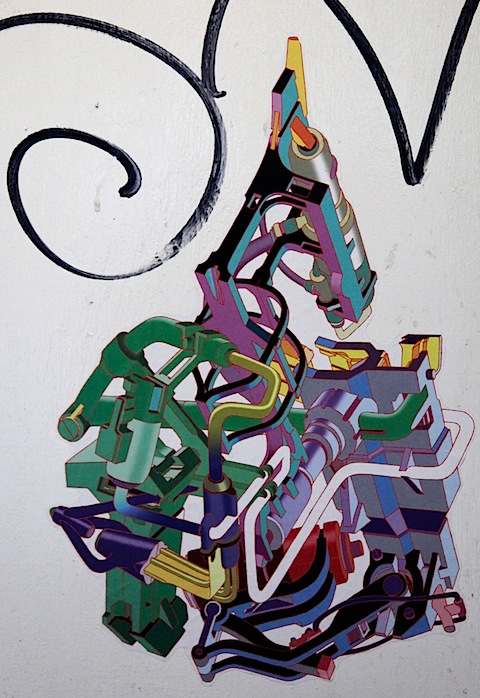 I’d always thought that Britain was an extremely free place but then I read about their liberal approach to handing out superinjuctions: press bans that are so severe that you can’t even report there’s a ban (Kafka would be proud).

I was reading the story linked to above while also skimming a British paper. It was surreal to read the paper and see that the local press could only refer to one of the stories referred to by the article: 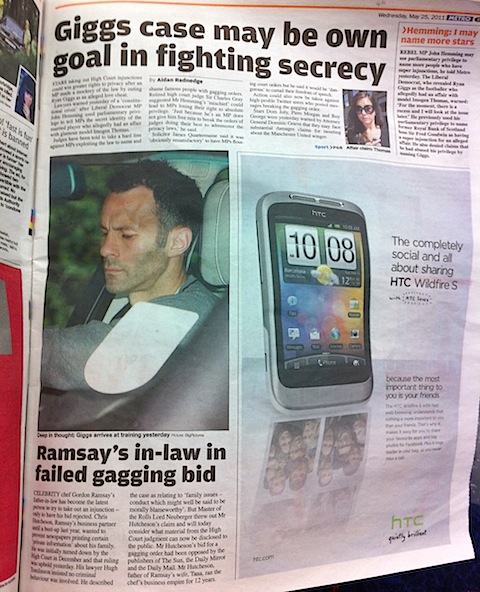 It was also interesting to see that an article about Gordon Ramsay’s in-law appeared on the same page. Was this also a subtle attempt by the paper to tell users to search the internet as Gordon Ramsay has a superinjunction out?

There’s an awful lot of red in London: 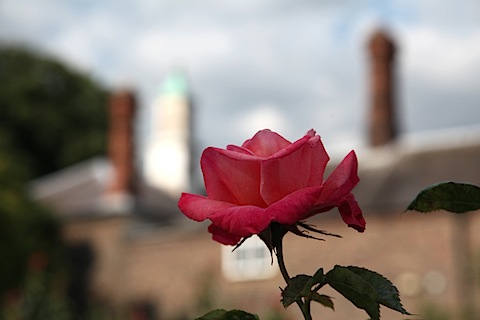 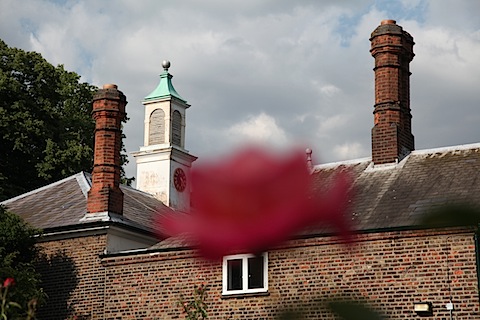 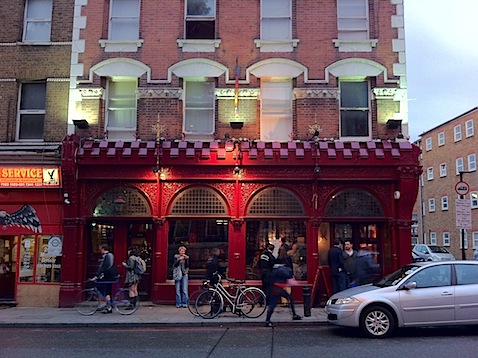 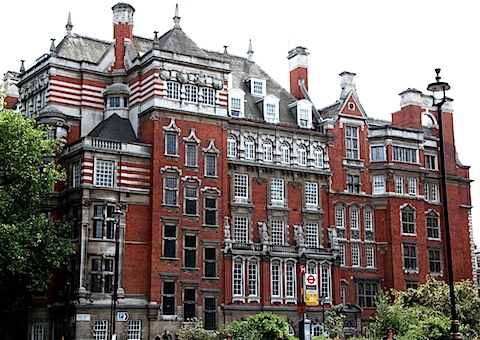 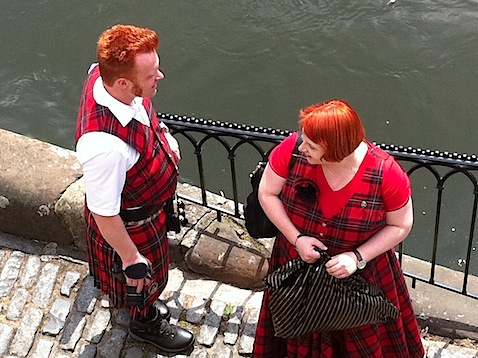